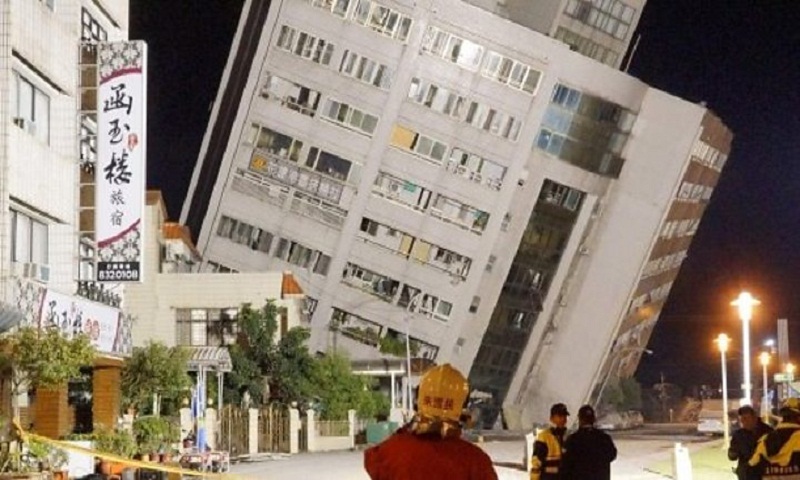 A strong 6.1 magnitude earthquake struck Taiwans east coast Thursday afternoon, according to the islands Central Weather Bureau. TV footage showed at least one landslide but there were no immediate reports of major damage or injuries.

The bureau said the quake happened at 1:01 p.m. (0501 GMT), with its epicenter just over 10 kilometers (6 miles) northwest of the eastern coastal city of Hualien. The depth was 10 kilometers (6 miles), according to the United States Geological Survey, while Taiwans Central Weather Bureau put the depth at almost 19 kilometers (12 miles), a distance that would lessen the likelihood of damage.

The quake shook buildings in the capital, Taipei, which is about 115 kilometers (71 miles) away.