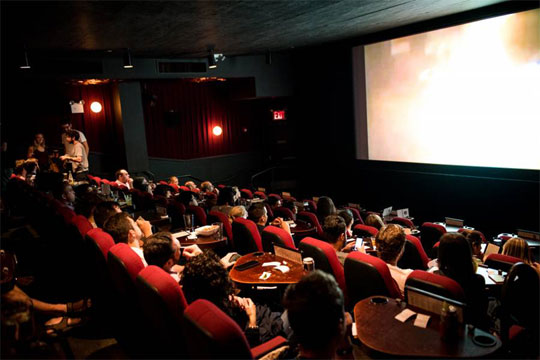 In 2002, when I was in my early teens, I watched a Bollywood movie called Devdas directed by Sanjay Leela Bhansali and acted by three of the most popular Bollywood actors Shah Rukh Khan, Ashwariya Ray, and Madhuri Dixit. I knew that the movie was adapted from a remarkably popular Bengali novelist Sharatchandra Chattapadhyay's 1917 novel Devdas. But, I did not read the novel first. So, I enjoyed the movie and its melodramatic actions to the fullest. In the last scene, I even shed tears. I could feel the pain and enormous suffering of Devdas for his beloved Parvati. The movie moved me from inside and I decided to read the novel as soon as possible. When I read the novel, I found a few differences. For example, in the novel, Devdas returns from Calcutta after almost 13 years. In the movie, Devdas returns from London after 10 years. I understood that the Devdas of Bhansali's high budget movie was far richer than the Devdas of Sharat Chandra's novel. So he could afford to study in England. Basically, the differences did not bother me much, because I knew the main story and the characters. I already enjoyed the film adaptation before getting myself involved in the book.

In most cases, I watched the movie first and then read the book. But in some cases, I read the play or novel first. I read a novel titled Love in the Time of Cholera written by the famous Latin American author Gabriel Garcia Marquez. I thoroughly enjoyed it. Marquez is a magician in creating magic in literature. Then I watched the movie directed by Mike Newel. The movie was not at all bad, but the experience was disturbing. Since I read the main book first, I became a critical viewer of the adapted movie version. I looked for incidents which were cut off in the movie. A movie cannot accommodate every single detail of the novel. In my experience, watching the movie before reading the text was more enjoyable.

I just mentioned two experiences. There are a lot number of film adaptations on various novels and plays. From Hollywood to Bollywood to our very own Dhallywood, directors have been adapting films from famous literary pieces like Harry Potter, Lord of the Rings, Hamlet, Macbeth, Pather Panchali, Ghore Baire and so on. When a film maker makes a movie, he follows the text and prepares a movie script or screenplay first. There is no steadfast rule, but usually in a standard format, one screen page equals one screen minute. It can be shorter or longer depending on the genre of the movie. So, a script writer must think of adding the most important and vital details to the screenplay first. For this reason, s/he may have to deduct words and incidents from the book. This is how an adapted movie is created. It goes without saying that a great adaptation is created from a greater book. Only the director and his crew have to be genius.

Now the question is whether you should watch the movie or read the text first. I would simply say, if you want to make a critical comparison between the two, you should read the text first. A text will provide you with all the textual details for your critical analysis. Then when you start watching the movie version, you can easily compare the text to the film. It will not be a pleasing experience for your soul. Your heart may ache sometimes to find out the missed out information. But that is your purpose, isn't it? However, to enjoy the movie with an open heart, you should not read the text first. Reading the text may ruin your innocence and make you critical and skeptical. I must explain my points now.

When you read the book before watching the film adaptation, your mind gets ready for certain experience. A filmmaker may condense or expand the story as it demands. While reading the book, your imaginative mind will continuously visualise the characters and their conflicts. A film, after finishing the book, may destroy your imagination. But if you watch the movie first, you will understand the interpretation clearly. You can finish watching a movie in around two hours. But can you finish reading a book of 500 pages in just a couple of hours? A book is a powerful way to let your imagination grow. You cannot see things happen in front of your eyes, but you can imagine everything. A movie can engage you with pictures like characters facing off, beautiful landscapes and other interesting things. Even sometimes, without a word, the picture says it all! Remember the train scene of Pather Panchali directed by the famous film maker Satyajit Ray in 1955. In that particular scene, there was no dialogue. Apu and Durga was just standing in a field just to take a glimpse of the train for the first time in their lives. The scene is one of the most epic scenes in Bengali films. In the same film, Ray beautifully showed how it rained in Bengal. In a movie, you can see each and every expression of the characters. Directors like Satyajit Ray can successfully make your soul engaged in the story.

A film is an outcome of the maker's interpretation. If you watch it first, you will easily understand the perspective. For example, if you watch Pride and Prejudice directed by Joe Wright in 2005, you will simply fall in love with Elizabeth Bennet for her intelligence and beauty. The landscapes will take your heart away to a new part of the world. You see it as it is shown by the director. So, you watch a movie through a director's lenses. But when you read the novel Pride and Prejudice written by Jane Austen in 1813, you may form your new analysis. In a few scenes, you may become skeptical about Elizabeth and consider her a greedy woman who falls in love with Mr. Darcy after visiting his Pemberly state. Your interpretation can vary, but the plus point is that you know how the characters look like, how they express their feelings and how the story takes place. Your reading may spoil your fun of watching movie. This is why, you should watch first and read later.

So, watch the movie adaptations with an open and free mind. Do not take the book in your mind before watching the movie. The result can be disappointing. It can be a tough challenge for any director to do justice to the book. If you watch the film first, you will not have a problem while reading the book. Even it helps you to understand the textual context more profoundly. When we read books which are full of real life experiences, we enjoy the book more. We can connect what we have seen to what we have read. The textual experience gets better. But the opposite creates a problem. Just imagine, you have read a review on a restaurant and then visited it. And your experience does not seem similar to the reviews you have gone through. How would you feel? Similarly, reading a book must be inevitable but after watching the film adaptation. So, in order to avoid such disappointing circumstances, we should watch the film adaptation first and read the book later.