Mustafiz keen to make his inclusion count in the World Cup 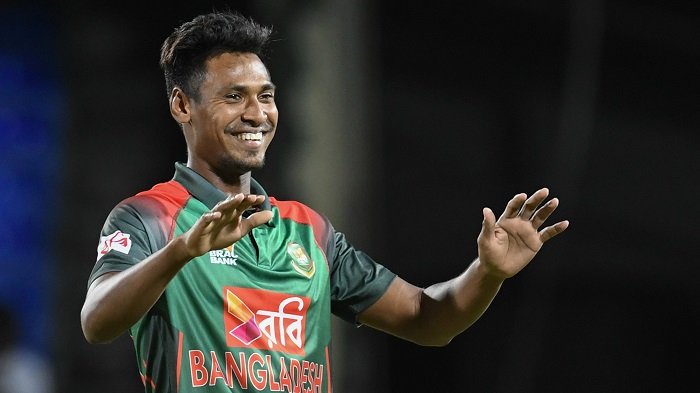 Left-arm Bangladeshi pacer Mustafizur Rahman on Wednesday said he is keen to make his inclusion in the World Cup count.

After playing a T20 World Cup in 2016, Mustafizur is now ready to take part in a 50-over World Cup for the first time.

The pacer has been recovering from a blow on his left ankle what he sustained during a practice session for his Dhaka League team Shinepukur Cricket Club.

“Everyone expects me to perform well and I love to take this challenge. I always try to do my best and help the team win games,” Mustafiz told reporters at the National Academy ground.

The 23-year-old pacer joined the Tigers in 2015 with a T20 match against Pakistan. However, he grabbed the limelight against India taking five wickets on his ODI debut. Not only that, he took another five-for against the same opponent in the consecutive second match.

He helped the Tigers seal the ODI series against India for the first time which was regarded as one of the best results of the Tigers in the international cricket.

Despite the enormous start to his career, Mustafizur suffered some setbacks due to injuries.

However, the pacer is confident to keep him fit during the biggest event of the game of cricket.

“I hope to stay fit in the coming days as we have no too many matches on the trot. At the same time, you can’t anticipate an injury. You may get injured anytime. So, the thing is about trying to stay fit,” Mustafizur further said.

The southpaw thinks Bangladesh could have a memorable World Cup in England if they can do well in Ireland and get more confidence.

“We’ll play four matches in Ireland ahead of the World Cup, which are very important. We need to think about those matches rather than the World Cup. If we can do something better in Ireland, we might get more memorable time in the World Cup as well,” he said.