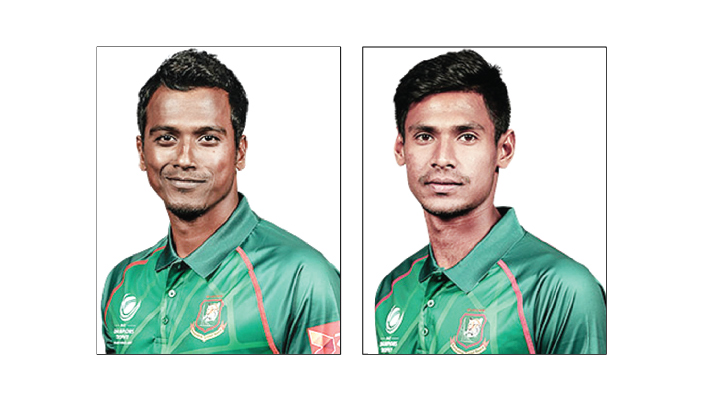 On Wednesday, Rubel opened up to journalists and hoped to exceed his previous performance in World Cup.

“Definitely, there will be lots of responsibilities. It will be my third World Cup. So I will have lots of experiences. I will try to remember the previous World Cup matches and play well,” said Rubel.

He also rationalised his hopes of acing this time round as he felt that his experience in the British Isles will help him breakthrough opponent batting line-ups.

“We have played many matches in England before. So we are aware of the conditions and know our task, especially for the bowlers. In England, bowlers get advantage from some wickets whereas some wickets are batting friendly. In this case, we have to adjust ourselves,” said Rubel

Exclusion of Taskin Ahmed from Bangladesh World Cup squad has taken the whole nation by storm, Rubel declined to make any comments on the matter terming the whole issue as bad luck for Taskin.

“I am feeling bad because of him. He played really well in the BPL, then got injured again. It is actually nothing but a bad luck for him. I talked with him yesterday,” said Rubel.

Rubel also hoped that he will be able to come out of the tournament as one of the leading wicket-takers.

“I have been playing international cricket for many days. I have the goal to stay in the list of top five wicket takers. Now let’s see what will happen. We have nine matches. So there will be some opportunities for me. We will play against big teams and if we can win against them then better things are waiting for us,” said Rubel.

Meanwhile, Cutter-master Mustafizur Rahman hoped that he will be able to turn his maiden World Cup into a memorable one as he also looks to help Rubel in the pace department.

“I have played Twenty20 World Cup previously but this will be my first World Cup,” said Mustafizur.

“There was always extra responsibility on my shoulder due to the amount of expectation. I try to give my in the field,” said Mustafizur.