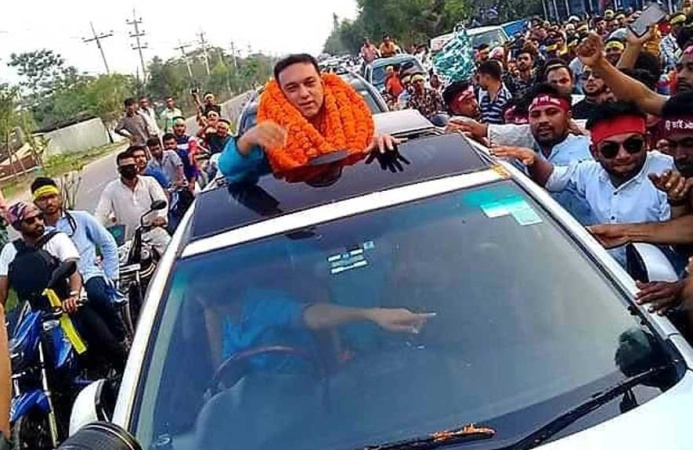 Returning Officer (RO) and Regional Election Officer Md Alimuzzaman made the announcement on Wednesday afternoon as the only rival candidate from Jatiya Party’s (JP) Jahangir Ahmed withdrew the nomination papers.

The announcement will come out in a gazette after holding elections to councillor posts on May 5, he said.

Five candidates filed nomination papers for the mayoral post. The scrutiny of the papers was held on April 10, during which the papers of three independent aspirants were declared invalid for loan default and faulty papers.

Jatiya Party candidate Jahangir Ahmed quit the race on Tuesday, making Ekramul the lone candidate for the polls set to be held on May 5.

Ekramul, the incumbent administrator of the MCC, is also the vice-president of Mymensingh AL. He was also the ex-mayor of the now defunct Mymensingh municipality.

On March 25, the Election Commission announced the election schedule for the maiden MCC polls.

A total of 258 aspirants for 33 ward councillor posts, including 70 for 11 women councillor, posts are in the race. Electronic voting machines (EVMs) will be used in all 130 voting centres in 33 wards.