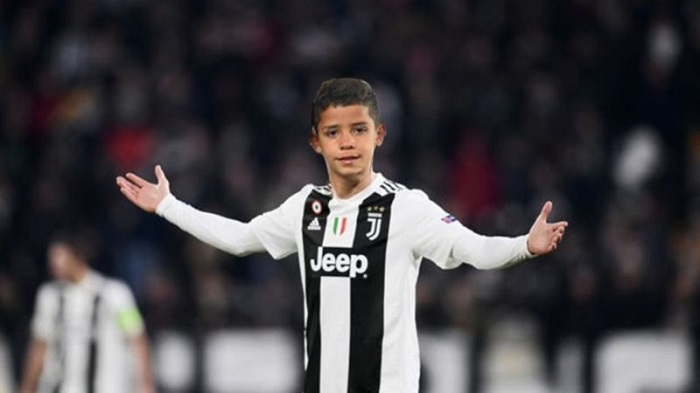 Cristiano Jr was playing for Juventus in a tournament in Madeira, Portugal where his father was born, where he helped thrash Maritimo China.

He went on to score five goals against Camacha taking his total to 12 goals in the first two games of the tournament.

Cristiano Jr's side beat Maritimo China 25-0 and Camacha 15-1 so there might be question marks over the quality of the opposition.

The five-time Ballon d'Or winner insisted in August that he will support his son, no matter what he wants to do.

'Cristiano Jr is very competitive, he's like me when I was young,' the Juventus star said in an interview with DAZN via SportingNews.

'I like to teach him some stuff, but he's going to be whatever he wants and I'm always going to support him.'