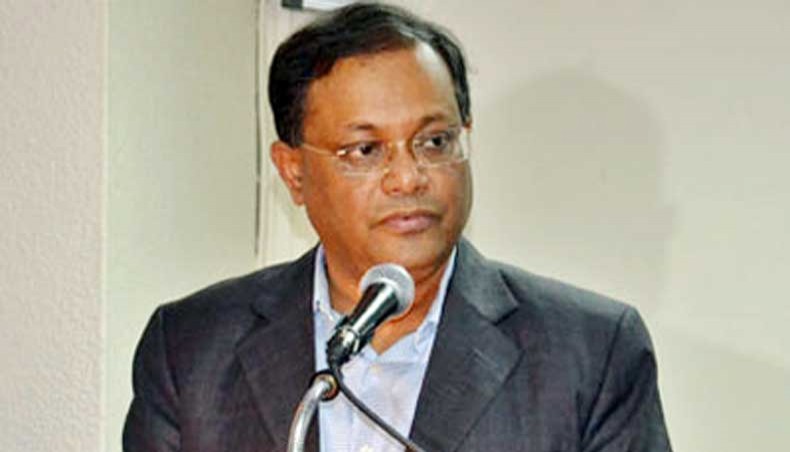 Information Minister Dr Hasan Mahmud on Wednesday urged the cable operators to follow the conditions of the license as well the existing law of the country for broadcasting foreign television channels and their own channels.

“The government would give a time-frame to stop broadcasting advertisements and other programmes in foreign TV channels . . . After the time-limit, necessary steps would be taken if any operators violate the law, he told at a meeting of Cable Operators Association of Bangladesh (COAB) in the conference room of the Information Ministry here.

Dr Hasan said, “The cable operators have an important role for reaching the private channels at the root level . . . But they should abide by the existing law.”

Dr Hasan, also the publicity and publication secretary of the ruling Awami League, said there are around 6,000 cable operators in the country and they have vital role in airing both local and foreign channels.

Earlier, the ministry issued several notices urging all cable operators of the country to stop airing Bangladeshi advertisements in foreign channels from April 1.

Besides, a platform of electronic media called for stopping the “illegal usage” of the downlink – the transmission of a signal from a satellite to a receiving station. According to the platform, this practice of downlink usage has been affecting the sustainability of Bangladeshi local private channels as well as the media industry in Bangladesh.

Airing the advertisement of local products on foreign channels had been hampering the revenue of the private television channels of Bangladesh, the platform added.

Information Secretary Abdul Malek and members and leaders of COAB, among others, were present at the meeting.