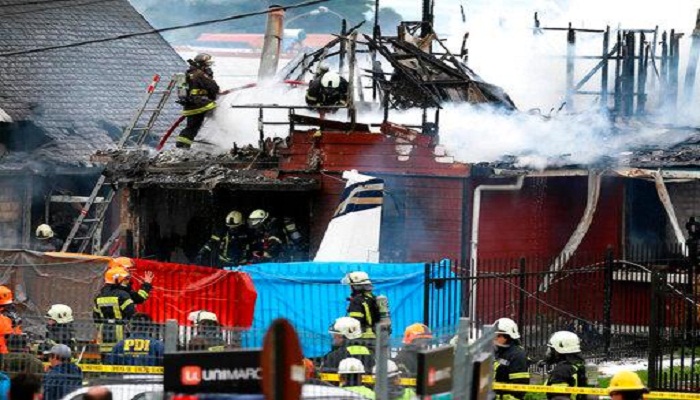 A small plane crashed on top of a home in the southern Chilean city of Puerto Montt, killing all six people aboard, authorities said Tuesday.

TV footage and news photos showed the back end of the plane inside the home while firefighters rushed to the scene to put out flames spreading to a neighboring house.

The plane was an Islander BN-2B-27 owned by the air company Archipiélagos, Chilean civil aviation said in a statement. It said authorities have launched an investigation.

Company representatives could not be immediately reached for comment.

Puerto Montt Mayor Harry Jurgensen said the plane fell shortly after taking off and had full fuel tanks. He said the pilot and five passengers were killed.