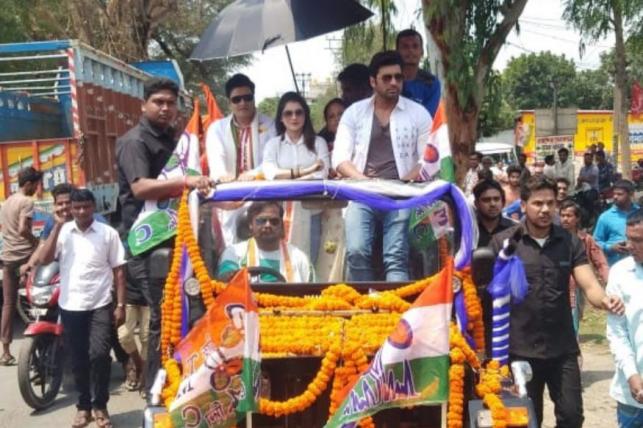 According to media report, the Indian government cancelled his visa as Bangladeshi actor Ferdous Ahmed took part in an election campaign for a political party in West Bengal. And accordingly  he was blacklisted for violating his visa conditions.

Indian media NDTV reported that Bangladeshi actor Ferdous Ahmed will be sent back and blacklisted for violating his visa conditions by campaigning for the Trinamool Congress in West Bengal, the home ministry of India said on Tuesday.

The Indian Home Ministry asked for a report from the Bureau of Immigration after Ferdous’ presence at a Trinamool roadshow triggered controversy.

The ministry concerned has revoked his business visa and issued him a leave India notice.

Ferdous Ahmed also has been blacklisted. The Foreigners Regional Registration Office or FRRO Kolkata has been asked to follow the directives, the home ministry said, the NDTV report added.

Earlier, the Deputy High Commission for Bangladesh in Kolkata has asked him not to take part in the election campaign in India and return to his country.

"Based on media reports, he was asked whether he participated in the campaign or not. Ahmed told us that he was there for the purpose of shooting and had participated in the (ongoing Lok Sabha election) campaign. It was not a right thing to take part in the election as a foreign national. He was asked to go back," the official told IANS.

"We have also suggested to him that he should resume his shooting activities after the election season gets over," the official added.

The Bharatiya Janata Party(BJP) on Tuesday lodged a complaint against the Trinamool candidate on violation of model code of conduct on foreigner canvassing for a party.