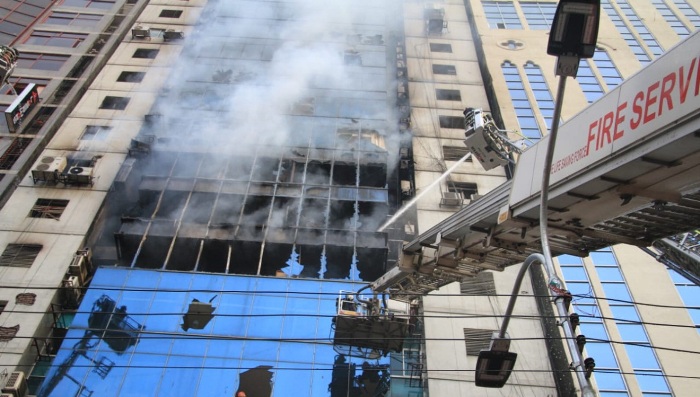 “The fire spread to the ninth and 10th floors. A number of people died because of smoke in the 11th, 12th and 13th floors,” he said after meeting his ministry’s probe committee and representatives of various ministries.

“We wanted to procure equipment worth Tk 1,000 crore but after Churihatta and FR Tower fires, we understood that this budget is insufficient,” he said.

Seventy-one people were killed after a deadly blaze swept through several buildings in Old Dhaka in late February. Many of the capital’s buildings are unplanned and lack proper firefighting equipment.

“We’ve realised that we need heavy machinery and a bigger budget to ensure fire extinguishing system,” the state minister added.