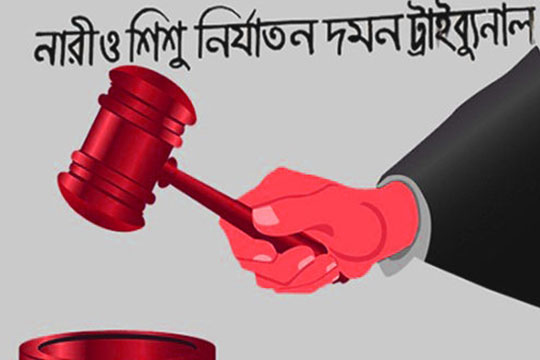 Litigants are suffering a lot as over 1.6 lakh cases filed under Women and Children Repression Prevention Act are pending with different tribunals across the country.

Many of the cases have been pending for over 10 years though the Act requires disposal of the cases within 180 days of their filing.

As of December 30, 2018, 160,751 cases are pending with different Women and Children Repression Prevention Tribunals, according to a data of Bangladesh Supreme Court (SC).

Apart from those, the trial proceedings of 930 cases have also been lying postponed due to stay order of the higher court, according to the SC data.

Of those, some highly sensitive cases have also been pending for long. The litigants of the cases are yet to get justice due to delay in the trial process.

Shohagi Jahan Tonu, a student of Cumilla Victoria College, was murdered after rape in the restricted area of Moynamoti Cantonment in 2016. The family of the victim is yet to get justice, as the investigation of the case has not yet been done.

Family of Sima Mohammadi, a girl who was brutally killed by her stalker in 1988, did not get justice in the last 27 years.

Around 97 percent victims are not getting justice in the cases of violence against woman while only three percent are fortunate enough to get justice, according to a recent study of ActionAid Bangladesh.

Analyzing information of 2,800 incidents in 20 districts, the non-government organisation also found that every four out of five cases are taking two years time to start trial in court.

Bangladesh Society for the Enforcement of Human Rights (BSEHR) Executive Director Mostafa Sohel Ahmed said “We have been demanding for formation of special tribunal for quick disposal of the cases.”

The culture of impunity, political influence, social degradation, absence of enough cultural activities, lack of human values, and impact of technology are the major causes for rise in violence against women, the rights activist blamed.

Advocate Salma Ali, who works on human rights issues, said the trial processes in the women and children repression cases are going on at snail’s pace, though there is law to complete such case within 180 days.

In many cases it was found that police waste time to submit probe report, though there is rules to submit the report by 15 days, if the accused is arrested. Otherwise, it is 30 days, the lawyer said.

Justice seekers are deprived of justice, if the trial process delays and the accused go unpunished through the loopholes of the law, she said.

Influential accused, negligence of concerned lawyers, and absence of adequate courts are also reasons for delay in the case disposal.

The rights activist urged the government for taking an initiative to increase the skill of the concerned lawyers and judges to deal the cases.

Formation of Special Observation Cell involving Law Ministry and Supreme Court is needed for quick disposal of the cases, she suggested.

National Human Right commission (NHRC) Chairman Kazi Reazul Hoque said the trial in women and children repression cases are delayed due to no-appearance of witnesses and the lack of proper investigation.

Inadequate courts are also reason to dispose of so many cases filed under the law, he also said.