JP future leadership to be decided through council: Raushon 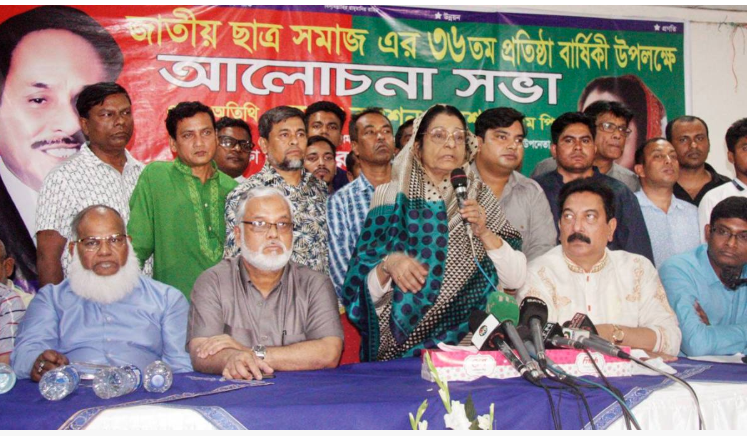 Jatiya Party senior cochairman Raushon Ershad on Tuesday said their party’s future leadership will be decided through its nation council.

“The date of the council will be fixed very soon through discussions. Jatiya Party’s future leadership will be decided through it,” she said.

Ten days after HM Ershad reinstated his younger brother GM Quader as Jatiya Party chairman in his absence, Raushon came up with the remarks while speaking at a discussion at Gulshan community centre marking the 36th founding anniversary of Jatiya Party’s student body Jatiya Chhatra Samaj.

In a dramatic move, Jatiya Party Chairman HM Ershad on April 6 reinstated his younger brother GM Quader as party chairman in his absence.

He took the decision just two days after Quader was reinstated as the party's cochairman, fueling the party’s internal feud.

Raushon, however, claimed that there is no division in Jatiya Party as its leaders and activists are united under the leadership of party chairman Jatiya Party.

She also said her husband Ershad’s health condition is now much better than earlier.

Raushon, also the deputy leader of the opposition in parliament, asked the leaders and activists of Chhatra Samaj to build them as worthy citizens of the country through acquiring proper knowledge and hard work.

She also urged the student leaders to strengthen their organisation at all educational institutions across the country, including Dhaka University.

Raushon asked the Chhatra Samaj leaders to concentrate on their studies instead of wasting time on Facebook so that they can contribute to the development of politics and the country.