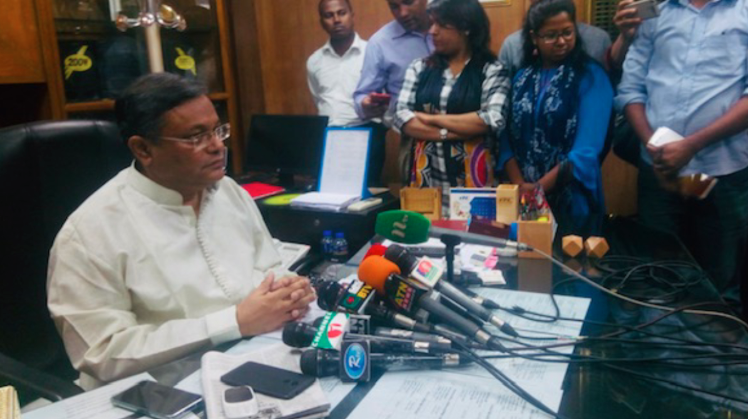 Nusrat was set afire on April 6 at an Alim examination centre in Sonagazi, allegedly by students loyal to madrasa Principal Sirajuddoula, accused of sexually harassing her.

She succumbed to her injuries after five days.

Minister Mahmud said government institutions will face action if they are found to have shown negligence in connection with Nusrat’s death.

He said that the people involved in the student’s killing will not be spared.