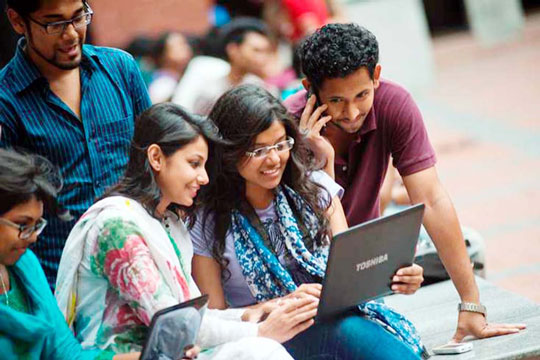 Quality of higher education has long been a deep global concern causing many paradoxical feuds among its recipients, providers and controllers. Having no definitive way of measurement, the quality is relative to places, countries and regions. In Bangladesh, the private universities are subjected to the question at the most, the chronological performance of the public counterpart only occasionally take place in the national feuds.

The big educationists of the land hardly concerned about underutilized resources in the public counterpart, deeply concerned about fewer facilities at private universities but always after reducing the fees - even thought of replacing trimester with semester system only on the ground of fees - are in complete denial of the reality that cost per student is still higher in public counterpart that comes from tax. The subconscious pride about performance of public university graduates largely fails to take into cognizance the reality that only life-long top most performers are allowed admission who requires little value addition to be marketable - they can take care of their own. The private universities accommodate leftover and carry on so much value addition that enables a good section to compete with the top performers in the labor markets.

Some of the government agencies concerned about the quality of higher education in the country are of the opinion that less academic challenge to students can raise the quality as manifested in the feud for lowering passing mark to 45% from existing 60% in many private universities.

Though none of the private universities have been established with research mandate unless in 2010 a mandate has been created through the law, however one can hardly find any research university of any type in Bangladesh, the agencies feel compelling private universities in subscribing to JSTOR like services would improve the research outcomes without looking into the statistics of use of such services that cost thousands of dollars a year, which otherwise could be invested in establishing and running a big dedicated research center. The all stakeholders genuinely emphasize on review of academic curriculums every four year to keep up with the updates in the knowledge domain but in contrary to the reality of the controlling agencies themselves taking, in some cases, more than three years to approve reviews making the review itself obsolete as next review take surface. The big questions remain whether there is any influence in processing activities of some universities faster which are held up for others despite having same or even better status quo and potentials.

The students, guardians and policy makers are having big feuds on the issue. Whereas very few but it took surface that parents attempting to influence higher grades for their children, and policymakers collecting admit/viva cards of recruitment test not only outside the purview of their jurisdiction but in complete deviation of the oath they take for granted while assuming positions. The most resorting to this route are successful. If this be the easiest route to translate the dream of landing into a golden job, why the young generation should be concerned about study and quality of education when just social capital can do the rest. Is this grounding the conditions for less enrollment and large dropout in universities trying to challenge students with their knowledge, ability and skill-sets?

Thus, there are anecdotes of the recipients, providers and controllers talking big, themselves are standing in the way of quality higher education. And quality education would not come by when we talk quality but practice to the contrary. The way of life we pass down to our next generation is mostly followed and this is what future of higher education holds for us as the paradoxical feuds continue.

Deputy Registrar at IUBAT and Founder of Oasis for Posterity (OfP).