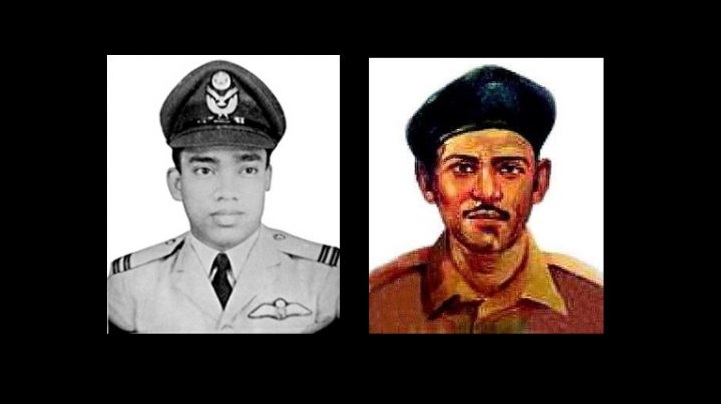 The graveyards of the nation’s greatest sons have become a spot of amusement to the people tarnishing solemnity they deserve. 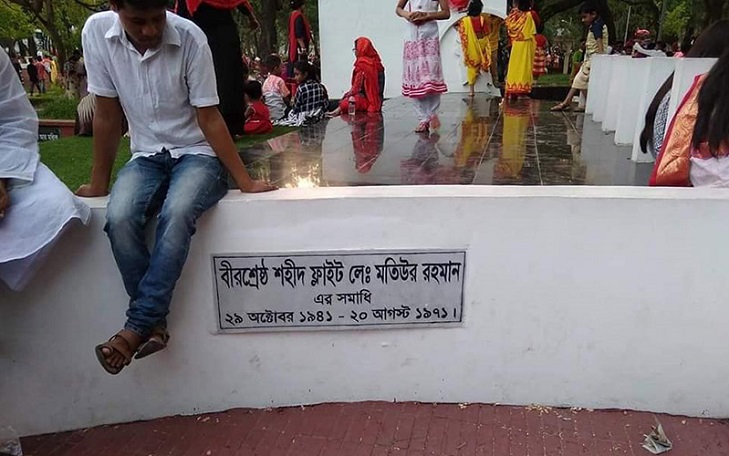 The netizens in the country poured in with disgusts and anger over the matters.

One Facebook user named Anaet Shawon H posted several pictures of last Pahela Baishakh celebration at the tomb of Bir Shrestho Motiur Rahman situated at Mirpur in the capital. A hosts of visitors thronged the ground and moved joyfully without showing any respect to the martyred. Even some have let their children to stand on the top of his grave. And some adults were also seen to sit on the wall of the grave.

Anaet Shawon also wrote in the post, “Not an amusement Park, Bir Shrestho Matiur Rahman's graveyard. I am ashamed.” 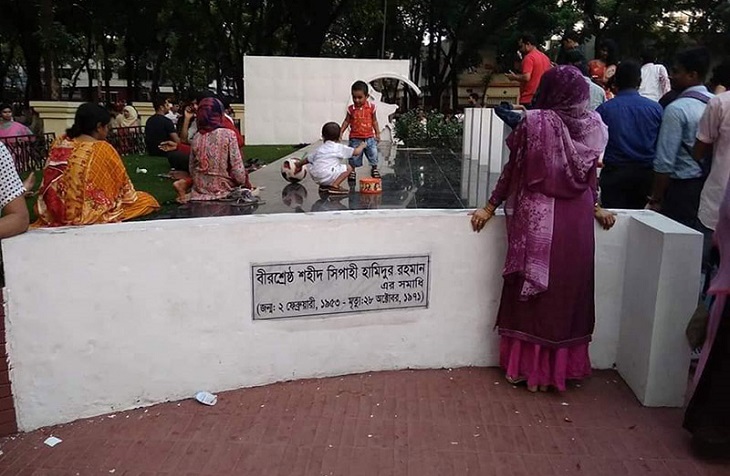 Another Facebook user Jayef Khan Nadim posting such pictures on his wall wrote, “Don’t think it a Park. These are the tombs of the greatest sons of the nation. Tombs of Bir Shrestho. Dozens of proofs we see here and there every day depicting the obscenity of Bengali nation. But, never thought to be such worst.”

After over 30 years of negotiations, Flight Lieutetant Matiur Rahman’s body was finally returned to Bangladesh on 24 June, 2006 for a ceremonial and highly symbolic reburial in 2006. He was buried at the Martyred Intellectuals Graveyard, in Mirpur, Dhaka, with full military honours.