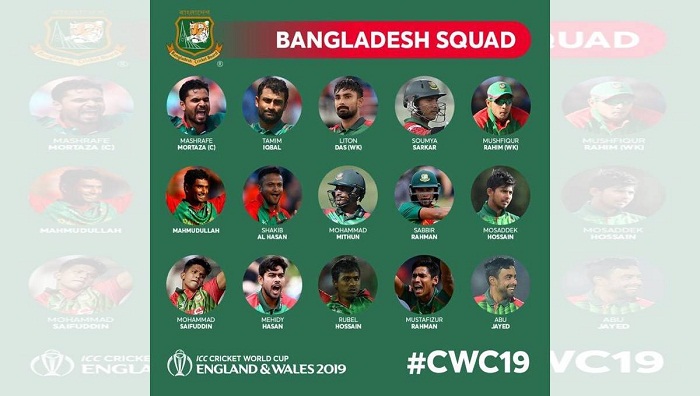 Bangladesh have named a 15-man squad for the World Cup Cricket-2019 scheduled to be in England.

The Bangladesh Cricket Board (BCB) came up with the announcement of the Bangladesh cricket team at a briefing at Sher-e-Bangla National Cricket Stadium (Mirpur) in the capital,

Mashrafe Bin Mortaza will lead the squad in the world Cup Cricket of this year.