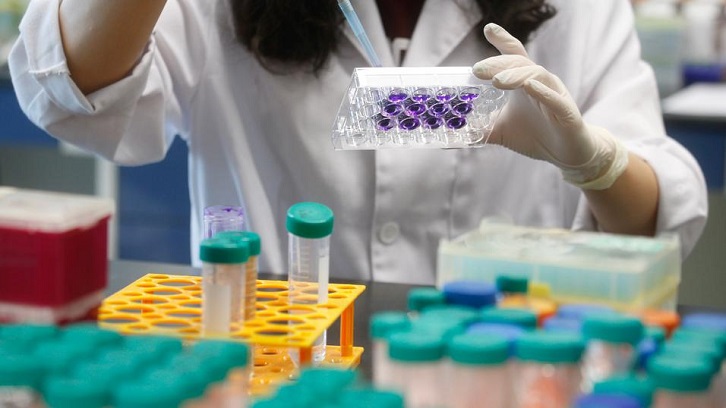 Scientists for the first time have clearly seen the molecular structure where a hormone related to osteoporosis attaches to the body, providing valuable insight into potential therapies, according to the China Daily Tuesday.

The study, published on the website of U.S.-based journal Science, was conducted by Shanghai Institute of Materia Medica in collaboration with researchers from Zhejiang University School of Basic Medical Sciences and University of Pittsburgh School of Medicine in the United States.

The successful viewing at near-atomic level resolution enabled them to see the exact position of the hormone as it attaches to the receptor, as well as the corresponding reactions, the newspaper cited Zhao Lihua, one of the leading researchers on the team from the Shanghai Institute of Materia Medica as saying.

She said it will allow scientists to screen small-molecule compounds that fit this exact position, which could help researchers develop oral drugs. Currently, such medicines can only be injected.

The institute has started screening such small-molecule compounds.

Diseases related to the receptor involved in the research affect tens of millions of families in the country, the newspaper cited Wang Mingwei, a researcher at the institute as saying.