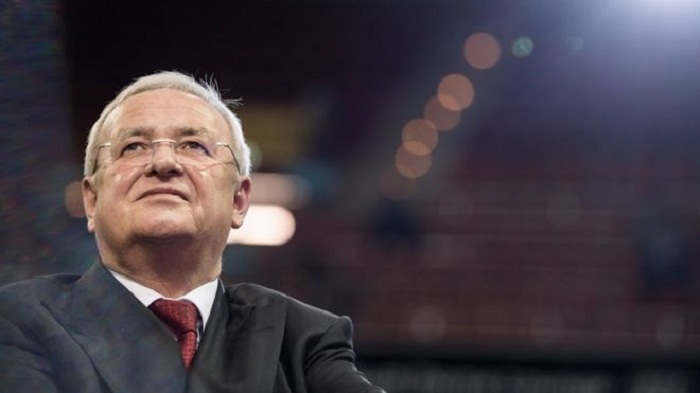 The public prosecutor in Braunschweig charged Martin Winterkorn and four other managers with fraud.

VW said it would not comment on the indictments.

Mr Winterkorn is already facing criminal charges in the US, but is unlikely to face trial, as Germany does not extradite its citizens.

The 71-year-old resigned soon after the scandal erupted in September 2015.

In a statement, prosecutors accused Mr Winterkorn of a "particularly serious" fraud, as well as a breach of competition laws.

They said Mr Winterkorn should have alerted car owners and authorities in Europe and the US about the manipulation of diesel emissions tests sooner.

They also accused him of approving a "useless" software update designed to conceal the true reason for the cars' higher emission levels.

If found guilty, the former executive could face a prison sentence of up to 10 years.

Prosecutors did not name the other four senior managers charged.

VW first admitted in September 2015 that it had used illegal software to cheat US emissions tests.

The devices, which allowed vehicles to perform better in test conditions than they did on the road, were installed on almost 600,000 vehicles sold in the US from 2009 though 2015 and millions more globally.

They came to light after a study of emissions by researchers at West Virginia University in the US.

The scandal sparked investigations in Germany and other countries.

Last month, the US Securities and Exchange Commission (SEC) sued Volkswagen and Mr Winterkorn, accusing the carmaker of "massive fraud" over the emissions scandal.

The SEC claims the firm misled investors by issuing billions of dollars worth of bonds and securities, without disclosing that it had cheated emissions tests.

The company said it would contest the SEC lawsuit vigorously.

VW's current chief executive Herbert Diess told the BBC he believed the company was "over the worst" of the Dieselgate fallout, but said that it still had to win back the confidence of its customers.