Jack Ma defends the 'blessing' of a 12-hour working day 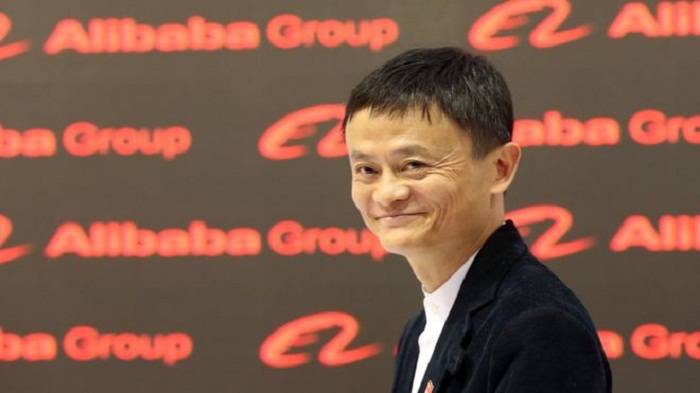 Jack Ma's backing for the so-called "996 system" is being hotly debated in the Chinese media.

Last week, Mr Ma wrote that without the system, China's economy was "very likely to lose vitality and impetus".

His stance was backed by fellow tech entrepreneur Richard Liu, the boss of ecommerce giant JD.com.

On Friday, Mr Ma called the opportunity to work 996 hours a "blessing".

Mr Liu said years of rapid economic growth in China had boosted the number of "slackers".

The country has enjoyed economic growth averaging 10% for more than 25 years - from the late 1970s to the mid 2000s - but in subsequent years that has slowed to nearer 6%.

The entrepreneurs' comments come amid reports this week that JD.com is cutting jobs.

Mr Liu, who started the company that would become JD.com in 1998, recently wrote about his attitude to work, saying he used to set his alarm to wake him up every two hours to make sure he could offer his customers a full, 24-hour, service.

He wrote: "JD in the last four, five years has not made any eliminations, so the number of staff has expanded rapidly, the number of people giving orders has grown and grown, while the those who are working have fallen.

"Instead, the number of slackers has rapidly grown! If this carries on, JD will have no hope! And the company will only be heartlessly kicked out of the market! Slackers are not my brothers!"

Mr Ma co-founded Alibaba, sometimes called China's eBay, in 1999 and has seen it become one of the world's biggest internet companies.

The company's market value is now approximately $490bn (£374bn), and Mr Ma's personal wealth is estimated at around $40bn.

Last year, he announced that he would step down as executive chairman in the near future.