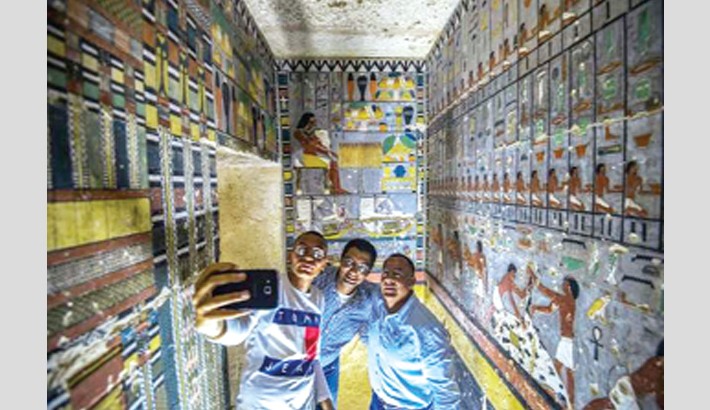 CAIRO: In a major archaeological discovery, Egypt on Saturday unveiled the tomb of a Fifth Dynasty official adorned with colourful reliefs and well preserved inscriptions, reports AFP.  The tomb, near Saqqara, a vast necropolis south of Cairo, belongs to a senior official named Khuwy who is believed to have been a nobleman during the Fifth Dynasty, which ruled over Egypt about 4300 years ago.

“The L-shaped Khuwy tomb starts with a small corridor heading downwards into an antechamber and from there a larger chamber with painted reliefs depicting the tomb owner seated  at an offerings table,” said Mohamed Megahed, the excavation team’s head, in an antiquities ministry statement.

It is mostly made of white limestone bricks.