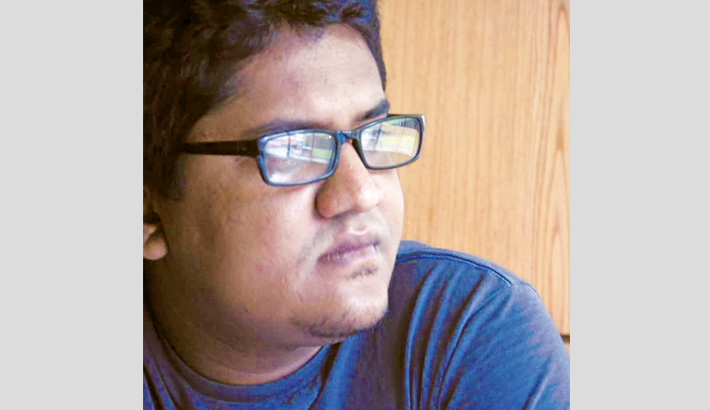 River pollution has turned to be a global problem. The illegal dumping of both industrial and household waste has become a huge environmental problem over the past few decades, especially in underdeveloped and developing countries. Many of these countries have lax environmental protection laws and corrupt law enforcement. Due to this reason many larger industries dispose of toxic waste directly into waterways or water bodies. If they are caught, they either pay off the officials, or pretend to clean up their act. There are several effects of illegal dumping on the surrounding environment including runoff, aesthetics, plants and wildlife, marine and atmosphere.

Illegal dumping can impede the natural runoff of water during heavy rain or storms. This can cause the water to build up in areas where it is not wanted-potentially causing flash flooding and damage to property and/or land. Dumped trash can also become caught up in the runoff, where it flows into water bodies, and can cause the contamination of drinking water supplies, lakes, and rivers. Illegally dumped garbage is also a horrible eyesore in an otherwise beautiful place. It can adversely affect many native species of plants and animals. If animals consume waste from illegal dump sites it can cause health complications and even death. The toxins from waste can leach into the surrounding environment, killing plants and destroying the food source of local animals.

Illegal dumping near waterways can cause oceanic pollution. In rural areas rubbish disposal facilities are often completely absent. This leaves two ways of disposing of trash: dumping it into the environment or burning it. Unfortunately, the most common disposal method involves throwing the garbage directly into a river or stream, from which it eventually makes its way to the ocean. This causes huge problems, from the death of marine mammals such as seals and dolphins to the creation of huge garbage patches.

In 2017 a team of experts from India and Sweden has flagged concerns over uncontrolled dumping of partly treated/untreated urban waste into rivers-leading to the spread of antibiotic resistance. Drawing attention to pollution of water courses from domestic waste, they found that antibiotic resistance genes were significantly more abundant in river sediments collected from the city than from upstream sites. The research identified that ‘the growing resistance amongst bacterial pathogens limits human ability to treat infections’. Environment plays an important role in transmission of bacterial pathogens and bacteria carrying antibiotic resistance genes.

In Bangladesh, local polluting textile and tannery industries dump untreated industrial effluents into the rivers. Worse, powerful and influential people have gradually taken over the river banks and basins to set up factories as industrial land ran out. Originally a 500-metre wide river, the Buriganga was once rife with dolphins and fish. Today, it is just three metres wide in some places; land grabbers dumped sand and garbage into the river to make industrial plots while law enforcement and public servants turned a blind eye. This uncaring attitude of the authorities has resulted in the destruction of the rich biodiversity and fish resources, and navigation facilities are almost blocked. The water of river Shitalakhya looks red, blue, green and black. The textile and dyeing factories dump highly toxic effluents into the river, and hundreds of stone crushing machines roar along the rivers banks. The stone-powder and particles make the whole area cloudy and, ultimately, they end up in the river, raising the river bed. The Turag gasps with wastewater from hundreds of the textile factories located along its bank, but the condition of the Balu is even harder to imagine: its waters looks like burnt lubricating oil drained out of a motor engine

Recently Prime Minister Sheikh Hasina urged all, especially mills and factories, to stop discharging wastes into rivers as water pollution has appeared to be a severe problem for the country. She stressed that every industrial unit will have to have waste management system so that it doesn’t pollute rivers. In fact, Article 18(A) of the Constitution of Bangladesh clearly states that the state shall endeavour to protect and conserve river, wetland and forests. Other laws - the Bangladesh Water Act 2013, the National River Protection Commission Act 2013 and the Environment Conservation Act, 1995 - have provisions for the protection of the environment, and control and mitigation of environmental pollution. In 1997, the State had produced the rules and regulations for environment conservation and promulgated the Environmental Quality Standard. In response to various international conventions, treaties and protocols Bangladesh has developed new environmental legal regime including environmental governance institutions. From 2000, after the enactment of the Environment Court Act, specialised environmental court system has been introduced in the legal system of Bangladesh. In 2010, a fresh Environment Court Act namely Bangladesh Environment Court Act, 2010 has been passed and the Act of 2000 has been repealed. The present Act is aimed to establish one or more Environment Court/s in each district with a Joint District Judge and the said judge shall in addition to his ordinary function dispose of the cases that fall within the jurisdiction of an Environment Court. So, if a river is polluted or encroached upon, those affected by it should be able go to court seeking remedial measures. Unfortunately, Bangladesh has failed to protect its rivers due to a lack of effective pressure placed on lawmakers.

Recently the government has initiated actions for freeing rivers from encroachers. In August 2016, the High Court also directed to evict some 2,106 structures built illegally on the river banks following some procedures. As part of the ongoing drive against encroachers, Bangladesh Inland Water Transport Authority (BIWTA) in cooperation with law enforcers has already demolished illegal structures along the river Buriganga. Meanwhile, Chattogram district administration has also destroyed illegal structures on the bank of the river Karnaphuli. Recently Bangladesh High Court in a landmark judgment announced river encroachers cannot run in any elections or get bank loans, the High Court has ordered, in an effort to save rivers from greedy grabbers. The High Court also instructed the government to make a list of every grabber in the country and publish the list in the media to expose them to the public.

A River Protection Commission was formed without giving it any authority to implement major decisions. However, the commission has already taken some good decisions, but those have not been implemented yet. River protection commission needs to be made strong. There should be strong monitoring over enforcement of laws to force industries to install effluent treatment plants (ETPs) and operate those regularly. Land grabbers are very influential having political clouts, muscle power and nexus with the administration. Without a strong political will and enforcement of laws, it won’t be possible to stop river grabbing and recover the occupied lands.