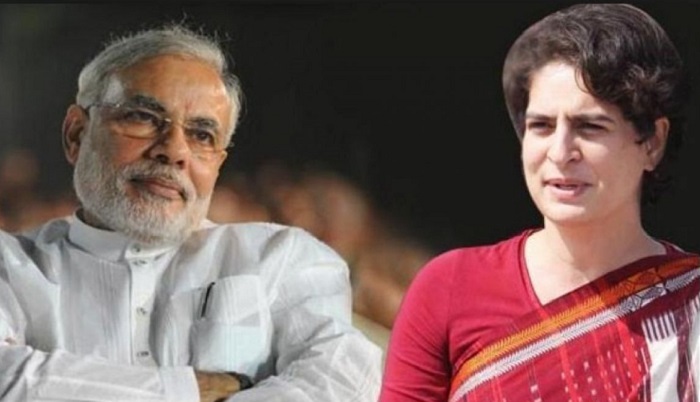 Party sources said the Congress nomination board may formally announce Priyanka’s candidacy for the Varanasi constituency within a couple of days.

Modi is a sitting MP from the seat in eastern Uttar Pradesh. He won the seat in the 2014 general election.

Priyanka, daughter of former Indian Prime Minister Rajiv Gandhi, is reportedly ready to run the electoral race from the constituency.

Political observers and the countrymen are curious to know as to whether Priyanka will be able to defeat Modi in the polls.

In 2014, Modi contested two seats -- Vadodara of Gujarat and Varanasi of Uttar Pradesh. He is vying for the election from Varanasi.

Earlier, Priayanka addressed a public rally in Varanasi and is likely to go there soon.

Addressing a meeting at Guwahati on Sunday, Priayanka criticised Narendra Modi for not visiting Varanasi.

Modi can spend time going abroad, but he cannot visit his Varanasi electoral area, she said.

Everybody will have to wait to see as to who will be the winner.