4 minor girls raped in 3 districts, rape attempt made on another in Sirajganj 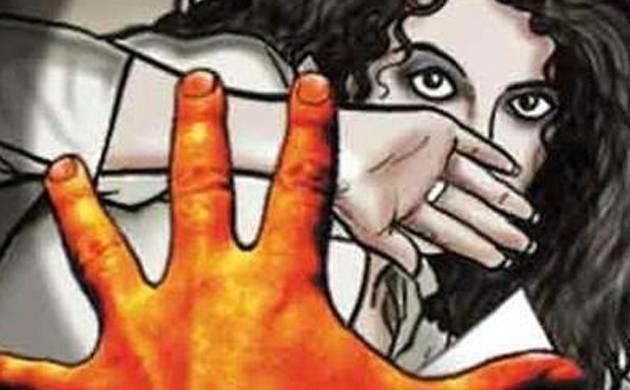 Three minor girls have reportedly been raped in three districts -- Pabna, Naogaon and Bagerhat -– while rape attempt has been made on another minor in Sirajganj.

In Pabna, a CNG-run auto-rickshaw driver and his assistant picked a Class-VII girl up on Sunday noon while she was returning home at their Bagholpur village from her sister’s house in Dighalkandi village in Bera upazila.

The accused are Jahurul Islam, 26, auto-rickshaw driver and son of Abu Sayeed of Brindiara village, and his assistant Alamin alias Mujib, 24.

The victim said the duo took her to a remote place and violated her there one after another.

Locals rescued the victim and took her to her house later.

In Naogaon, police arrested a young man -- Sujon Hasda, 22 -- as he allegedly raped a 13-year-old girl from an ethnic minority community on Sunday after abducting her in Dhamoirhat upazila.

Officer-in-charge of Dhamoirhat Police Station Jakirul Islam said the victim went to visit a social forestation project on the bank of the Atrai River at Shimultali with her friends when Sujon picked her up and took her to his house at Gopalpur village of Sapahar upazila.

Informed by locals, police rescued the victim around 2:30am on Monday from Sujon’s house and arrested him, he said.

The victim’s father said Sujon used to harass the girl.

In Bagerhat, a 7th grader was raped by a 52-year-old neighbour, Nizam Uddin, at Baruipara village of Sadar upazila on Saturday afternoon.

Victim’s uncle filed a case with Sadar Model Police Station on Sunday night accusing Nizam of rape and his wife and son of assaulting victim’s relatives.

Officer-in-charge of Sadar Model Police Station Md Mahtab Uddin said Nizam violated the girl as she was alone at the house on Saturday afternoon.

In Sirajganj, a young man was arrested on Sunday night for allegedly trying to rape a six-year-old child at Paikosha village of Sadar upazila.

Victim’s father said Hasem Ali, son of Julkar Hossain of their village, took his daughter and another child to a nearby abandoned room on Friday afternoon luring them of chocolates where he tried to violate the girl.

However, locals rushed in as the victim started screaming while Hasem managed to flee, he said.

Officer-in-charge of Sadar Police Station Mohammad Daud said victim’s father filed a case in this regard.