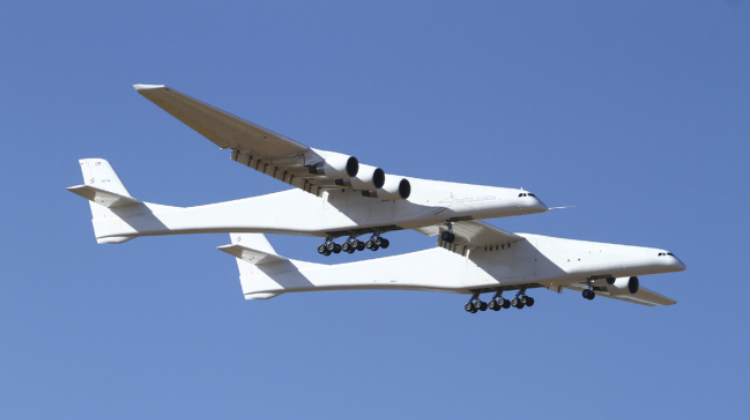 With a dual fuselage design and wingspan greater than the length of an American football field, the airplane took off from Mojave Air and Space Port in the U.S. state of California at 6:58 a.m. Pacific Time, according to a release of Stratolaunch.

Achieving a maximum speed of 189 miles (302.4 km) per hour, the plane flew for 2.5 hours over the Mojave Desert at altitudes up to 17,000 feet. As part of the initial flight, the pilots evaluated aircraft performance and handling qualities before landing successfully back at the Mojave Air and Space Port, said the release.

"What a fantastic first flight," said Jean Floyd, CEO of Stratolaunch. "Today's flight furthers our mission to provide a flexible alternative to ground launched systems. We are incredibly proud of the Stratolaunch team, today's flight crew, our partners at Northrup Grumman's Scaled Composites and the Mojave Air and Space Port."

Stratolaunch was founded by the late Microsoft co-founder Paul Allen in 2011 to develop the large carrier airplane as a flying launch pad for orbital-class rockets.

The aircraft has a world-record wingspan of 385 feet, and is 238 feet long. It is wider than any airplane on the planet. It weighs half a million pounds, according to a CNN report.

"A historic milestone for the #Stratolaunch team with this record setting aircraft taking flight! This is about going to the edge of space and beyond!" tweeted Thomas Zurbuchen, associate administrator for NASA Science Mission Directorate.

"I only wish the late @PaulGAllen could see this - his memory and impact lives on," he tweeted.