He points out hindrances for FDI, suggests conducting thorough market research in Japan 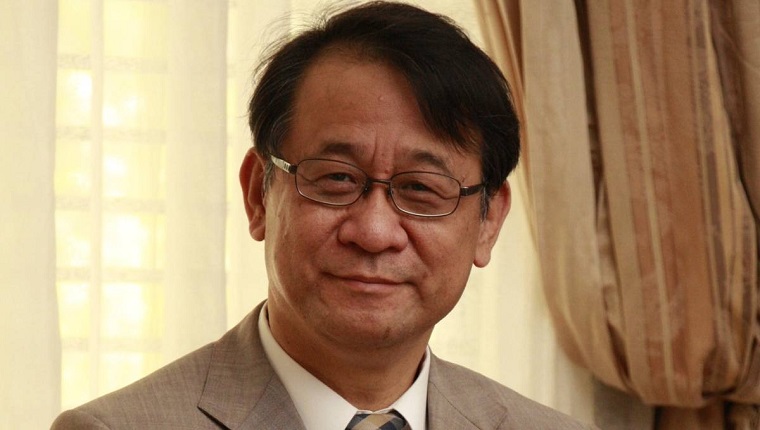 Dhaka, April 15 (UNB) - Japanese Ambassador in Dhaka Hiroyasu Izumi has said the Special Economic Zone for Japanese investors in Bangladesh and the One Stop Service Act are likely to attract more Japanese companies, especially in the fields of food, commodity products, light industry and ICT.

"Since the year 2008, the investment from Japan to Bangladesh has been expanding and the trend is getting stronger, especially after 2011," he told UNB in an interview.

This trend, Ambassador Izumi said, is likely to continue for the coming years considering the competitive labour force and the size of the market of Bangladesh with its huge young population.

He, however, said the investment climate and doing business in Bangladesh "are not very favourable" for foreign companies.

In particular, Ambassador Izumi said, the insufficiency in logistics and taxation system such as "too heavy tariffs" need to be addressed.

"They're not only the hindrances for FDI from Japan but also causing drawbacks to the growth of local economy in Bangladesh," he said.

Analysing the current situation of the foreign companies and listening to their requests are essential to make the overall investment-environment more attractive, said Ambassador Izumi.

Responding to a question, the Japanese envoy said surrounded on all sides by the sea, Japan is also deeply rooted in blue economy and has a long history of utilisation of marine resources.

"I, therefore, believe Japan and Bangladesh can exchange knowledge and expertise in blue economy and marine resources," he said.

The conference was co-organised in March by the Ministry of Fisheries & Livestock and Food and Agriculture Organization of the United Nations, the envoy said adding, "Bangladesh Blue Economy Dialogue on Fisheries and Marine culture" was quite suggestive and meaningful."

"We would like to consider future cooperation in the field of blue economy with the government of Bangladesh," said the Ambassador.

Asked about Bangladesh's export to Japan, he said in Japan they are seeing more and more clothes manufactured in Bangladesh, but Japanese people are not very much aware that they are made in Bangladesh.

"To further encourage export from Bangladesh to Japan, I believe it is very important for Bangladesh companies to conduct thorough market research in Japan, especially focusing on the quality-oriented tendency of the Japanese consumers," said the Japanese envoy.

Other potential export from Bangladesh to Japan, he thinks, could be medicine, leather goods or agricultural (marine) products.

"For any product, however, creating additional value that attracts Japanese consumer is the key to expand and boost exports to Japan from Bangladesh," said the Ambassador.

To do so, he suggested having more opportunities to introduce Bangladeshi products in Japan, such as organising trade fairs or exhibitions, to make them familiar to Japanese consumers.

Responding to a question on people-to-people contact, he said friendship between Japan and Bangladesh started immediately after the independence of Bangladesh. "Since then, the two nations have always been very close friends."

For example, the Ambassador said, Japan has been providing scholarship for more than 4,000 Bangladeshi students for decades.

Last year alone, more than 120 students received this scholarship and went to Japan from Bangladesh. Also in the field of business, there are currently more than 260 Japanese companies operating their businesses in Bangladesh, and interaction through business is also growing in a fast pace.

The year 2022 will mark the 50th anniversary of the establishment of diplomatic relations between Bangladesh and Japan.

"The coming years will be very important for our two countries. Toward this anniversary, we're working hard to enhance our bilateral relations even further," said the Japanese Ambassador.

In celebration of this anniversary, Bangladesh and Japan are expecting to see more and more interaction between the two countries, including cultural and people-to-people exchanges in the years to come.

"Apart from bridges, we're working on other projects like the Dhaka Int'l Airport Terminal, Dhaka Metro Lines, and Matarbari port and power plant, and all these projects are going well as planned with high quality. It's my tremendous joy to celebrate this anniversary with the people of Bangladesh based on this ever-growing relation," he said.

Since his arrival in 2017, Ambassador Izumi said he has been witnessing an increasing number of visits both at ministerial and other levels. "I expect our bilateral relationship to grow even closer and stronger in the years to come."

He said Japan has been the single biggest bilateral development partner for Bangladesh and the amount of Official Development Assistance (ODA) to Bangladesh from Japan last year marked US$ 1.8 billion.

"This figure was a record, the largest-ever Japanese ODA support to Bangladesh for one year. I'm pleased to inform you that Bangladesh is now the second largest recipient of Japan's ODA in the world," he said.