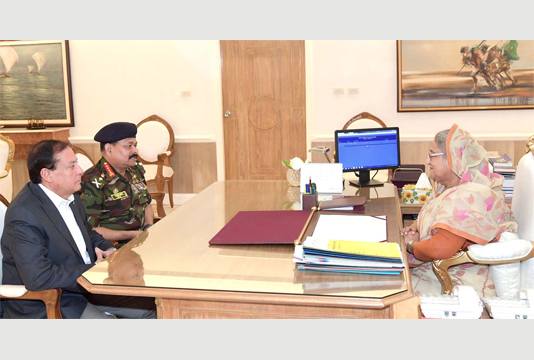 “The BOA president and secretary general sought attention of the prime minister so that adequate allocation is made in the next budget for various disciplines of sports and games,” premier’s Press Secretary Ihsanul Karim told reporters.

He said the BOA president and secretary general sought the premier’s extra attention for sports during the allocation of funds in the coming national budget as they paid the courtesy call on.

During the meeting, they discussed overall development of sports and games in the country including the issues of Bangladesh teams overseas tours to take part in different tournaments and sports events.