One of the World's rarest turtles dies in China 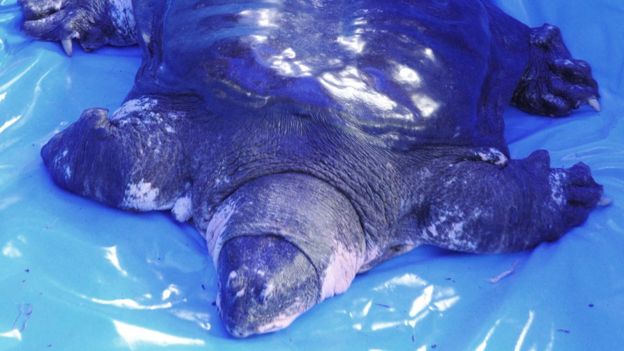 One of the world's rarest turtles, a Yangtze giant softshell, has died in China, leaving just three remaining. Also known as Rafetus swinhoei, the female turtle died in the Suzhou zoo in southern China.

Experts had tried to artificially inseminate the creature, which was over 90 years old, for a fifth time shortly before she died.

The species is critically endangered due to hunting, overfishing and the destruction of its habitat.

One male is left in the Chinese zoo while two other turtles live in the wild in Vietnam. The elusive nature of the turtle means it has been difficult to identify the latter's gender. 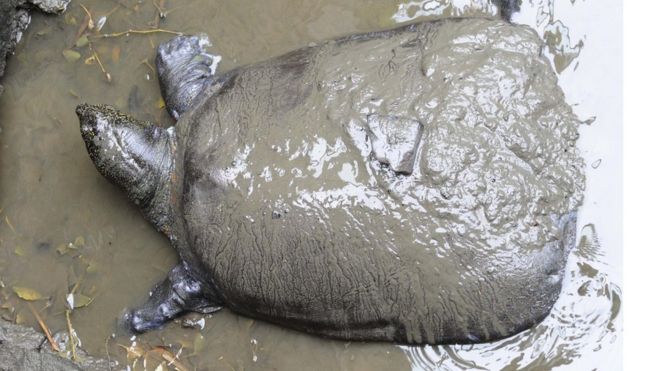 Local staff and international experts had attempted to artificially inseminate the female 24 hours before she died.

They said there were no complications from the operation and she had been in fine health after the procedure, but deteriorated the next day.

The cause of her death is being investigated and the turtle's ovarian tissue was collected for future research.