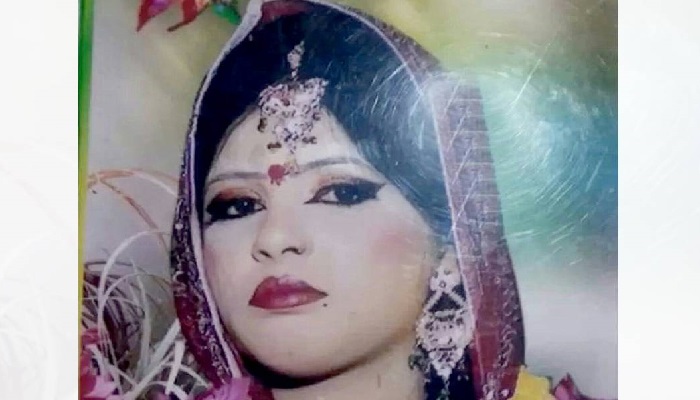 A housewife was slaughtered and her father-in-law was stabbed by some miscreants at Harualchhori village in Fatikhchhari upazila of Chattogram early Sunday.

The deceased was identified as Mamuni Dhar, 24, wife of Rup Kanti Dey.

Shekh Md Abdullah, officer-in-charge of Bhujpur Police Station, said two miscreants entered the room of Mamuni breaking the wall of their one-storey building and slaughtered her.

When her father-in-law Milon Kanti and mother-in-law Ranta appeared in the spot hearing Mamuni’s scream, the miscreants also stabbed Milon, leaving him injured.

The injured was admitted to Chattogram Medical College and Hospital.

Locals said the Mamuni sold their paddy on Saturday afternoon. The miscreants might attack the house for looting the money.

However, the OC said that this is not a robbery incident as no valuables were looted from the house. The attack might have been carried out over previous enmity.