Pahela Baishakh being celebrated in Khulna 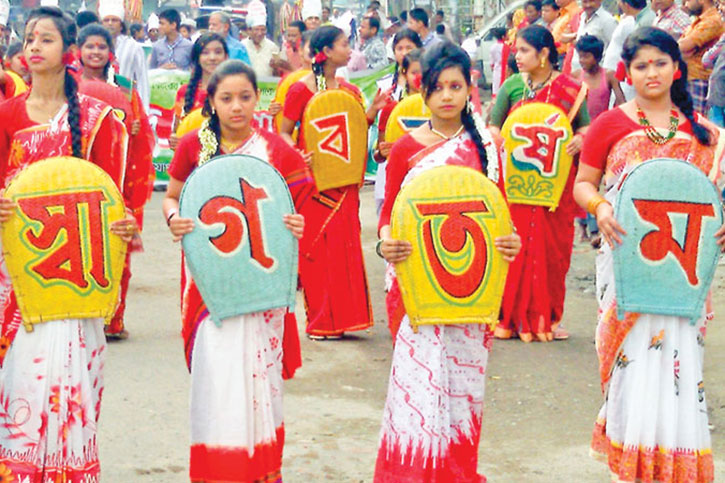 The first day of the Bangla Noborsho-1426 is being celebrated in Khulna city with fanfare and festivity.

Khulna District Administration began the day with a colourful procession that started from Shibbari Intersection and ended at Officers Club after parading different city streets.

Cultural Programme and ‘Panta Utsob’ was held at Bakultala in the morning. A discussion meeting was held at the Jatisangho Shishu Park which was followed by a cultural programme.

A three-day ‘Baishakhi Mela’ is being held on the same venue.