Ivanka Trump in Africa to promote women at work program 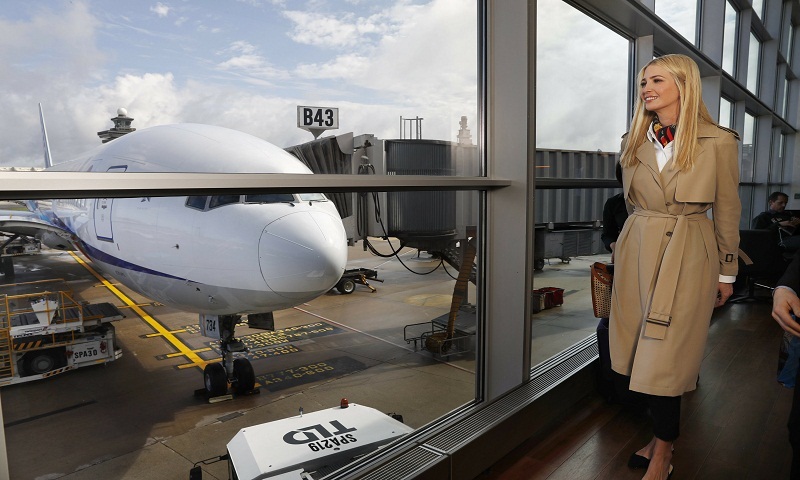 Leaving behind the White House battles over border walls and tax returns, Ivanka Trump is visiting Ethiopia and Ivory Coast in pursuit of a very different goal — advancing a global women's program she hopes will outlast an administration better known for "America First" isolationism.

The president's daughter and senior adviser arrived in Africa on Sunday, opening a four-day swing to advocate for an initiative that aims to boost 50 million women in developing countries by 2025. Her plans include visiting with women working in the coffee industry and touring a female-run textile facility, as well as meeting with dignitaries and appearing at a World Bank policy summit.

During her travels, Ivanka Trump will be accompanied by Mark Green, administrator of the U.S. Agency for International Development. The textile facility they are to visit got started with funding from USAID and Overseas Private Investment Corporation, which provides loans, loan guarantees and political risk insurance, funding projects that stretch across continents and industries.

While in Ethiopia, they will be joined by OPIC Acting President David Bohigian. OPIC is set to announce a new initiative in Africa.