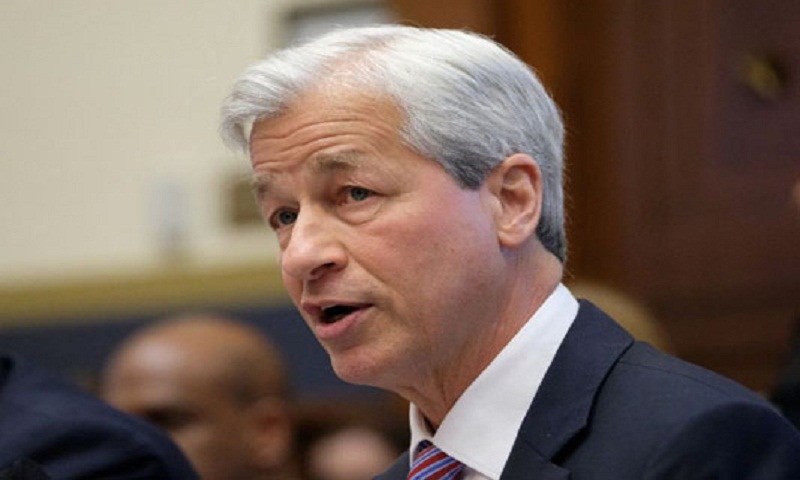 Stock markets on both sides of the Atlantic pushed higher on Friday following strong earnings from JPMorgan Chase and the launch of a new Disney streaming service that wowed Wall Street.

Wrong-footing financial sector watchers who had warned of a “not that great” earnings season for banks, JP Morgan reported higher first-quarter profits on Friday, pointing to a still-solid US economy reflected in more lending and better profit margins on loans.

JPMorgan Chief Executive Jamie Dimon said a derailment of the US-China trade talks remained the biggest near-term risk but offered an upbeat appraisal of the US economy as a whole.

“If you look at the American economy, the consumer’s in good shape, the balance sheet is in good shape, people are going back to the workforce. Companies have plenty of capital and capital expenditure is still up year-over-year,” Dimon said.

Shares of JPMorgan led most other large banks firmly higher. An exception was Wells Fargo, which also reported good earnings but slashed its forecast on a key lending benchmark tied closely to profitability.

Shares in Walt Disney, also listed on the Dow, surged after the company announced the launch of its video streaming service, posting a gain of 11.15 percent and ending at $130.06, an all-time high, marking its biggest one-day increase in nearly a decade.

European stock markets were also all stronger at the close, with many banking stocks getting a lift from their US counterparts.

Away from corporate performance, investors basked in relief that Britain and the European Union had kicked the Brexit can down the road for another six months, and that statements from both the European Central Bank and the US Federal Reserve, while cautious, contained little that was new or frightening.

Analysts in the region reported that with few fresh developments on the China-US trade talks, a rally that characterized the first three months of the year appeared to be running out of steam, while Donald Trump’s threats of tariffs against Europe jolted confidence.

Economists polled by Bloomberg had expected a slight 0.2 percent rise in imports with exports projected to grow 6.5 percent.