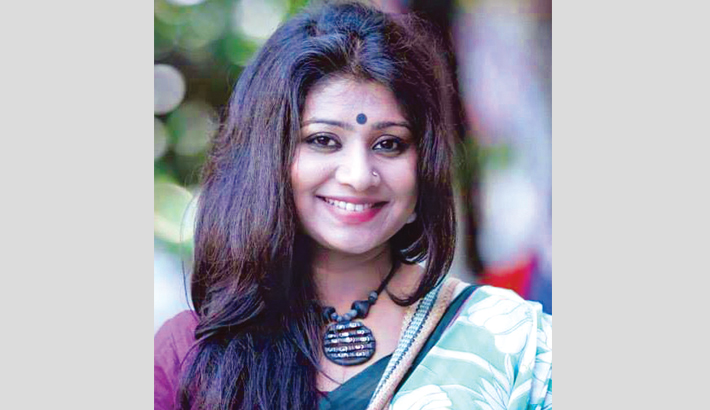 Pahela Baishakh is a festival which is celebrated with a great gusto by all the Bengalis regardless of their age, sex, complexion, region, educational qualification and religion. It is the most secular festival that brings Hindus, Muslims, Christians, Buddhists and indigenous people altogether under the same shade of love and compassion. Bengali people have been observing and joyously celebrating this day for centuries. But unfortunately, sometimes Pahela Baishakh is politicised by fundamentalists and capitalists. It becomes a victim of communalism when fanatics claim that it is a "Hindu" festival. It becomes a victim of capitalism when prices of all necessary food items are increased all on a sudden. It is basically a poor victim of politicisation.

Since my childhood, I have been enjoying the arrival of 14 April every year. All my friends and relatives loved and anticipated this occasion, because there was no religious barrier. Some Muslim friends would not visit temples during Durga puja. And Hindu friends' visit to Muslim houses during Qurban was something beyond imagination. So, it was the only cultural occasion when Hindus and Muslims met and mingled and enjoyed the celebration wholeheartedly with their secular spirits. People would wear beautiful and colorful dresses. Some could afford new dresses. Those who could not afford to buy new clothes would wear their cleanest and most beautiful dresses. On this specific day, there was no Hindu and Muslim. We all were Bengalis. But, it hurts me when some people around me said that Pahela Baishakh is a "Hindu" festival. On that note, they tried to create a chaotic situation which could give birth to a communal riot. We have not forgotten the terrible bomb-blasting incident happened in 2001. Some fanatical fundamentalists bombed the celebration of Pahela Baishakh in Ramna Botomul. There ten people died and many injured. I was just about to touch the starting point of my curious teenage. So, a vital question came into my mind-- exactly who does Pahela Baishakh belong to? I thank my parents for introducing me to the rich cultural heritage and traditions of Bengal. So, I got my answer. It is our festival.

Culture is a way of life. Some people celebrate Pahela Baishakh one way, and others do it in a different way. And everyone is right in their own way. But the communalist never leaves a chance to politicise any occasion. I wonder these fanatics have never gone through the historical background of celebrating Pahela Baishakh. They probably do not know that the day was set by a Muslim Mughal emperor named Jalaluddin Akbar back in 1584. The emperor himself felt the long-suffering of the farmers who had to pay taxes on the first date of Arabic calendar called Tarikh-e-Elahi. Before Muslim colonization, farmers of Bengal used to celebrate this harvesting festival in the month of Aghrayana. During Mughal's reigns, the submission of crops and taxes used to happen according to the Lunar calendar which is 11 days shorter than the Gregorian calendar. For this reason, farmers had to suffer a lot. Therefore, Emperor Akbar took the initiative. So, we see that a Muslim lessened the pain and suffering of commoners. A Muslim initiated the celebration of Pahela Baishakh. Then how can some people mark it as a festival of a particular religion? How can they politicise the cultural sentiment of Bengali people? Religion has always been one of the master keys to use as a political weapon in Bangladesh. But a secular and jocund festival like Pahela Baishakh must not be politicised on the basis of religion. 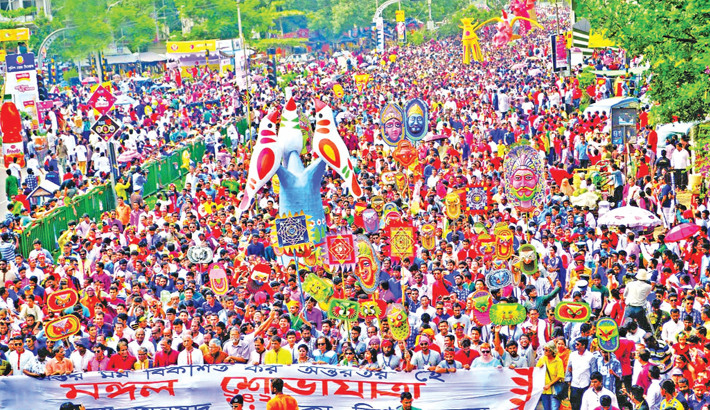 The politicisation of Pahela Baishakh is not restricted to religious issue only. Capitalism itself plays a political role during the whole celebration period. If we look at the suddenly increased prices of food items, we can certainly say that capitalism and capitalists are up to politicising Pahela Baishakh. I bought Hilsa fish one month back. It costed me 350 taka to buy one medium sized Hilsa. I get bewildered to find out that the same Hilsa now costs 3000-5000 taka! This is nothing but an imperial politics of our national fish Hilsa. All on a sudden, the fish becomes a terrible emperor who punishes his poor people with excessive price. Hilsa becomes a VVIP fish. Only a few people can afford to buy it. And what about other food items? Almost every food item costs higher than its previous rate. I have come across a piece of news in which the information about the production and storage of Hilsa fish was quite clear. If the stored Hilsa is sufficient in number, why would the businessmen and sellers increase the price? If there is no supply problem, why would the capitalists intend to earn more? Why would they politicise Pahela Baishakh and ruin the happiness of ordinary people?

The politicisation of Pahela Baishakh has turned this occasion into a communal and capitalist occasion. It seems only Hindus and rich people can observe it. But, in reality, Pahela Baishakh is supposed to be the festival of all Bengali people across the world. It is for Hindu and for Muslim. It is for both rich and poor, educated and uneducated. Bangabandhu dreamt of a country where everyone would respect everyone's religion. He wanted to build up a secular country. Bangladesh has been practicing secularism since its birth. So, we are naturally secular people. We can get assimilated so easily. For this reason, the fanatical ideology cannot sustain in our society. All the Bangladeshi people uplift their head with the spirit of secularism and celebrate Pahela Baishakh.

Bangabandhu pointed out capital as a tool to subjugate ordinary people. He wanted to build up a nation where capitalist class would not oppress the poorer class. So, we must not politicise this festival in order to fulfill our own greed to earn more profit. Everyone has the right to celebrate Pahela Baishakh with friends and family. The sudden price hike only ruins this collective happiness. So, we must check our greed and let everyone enjoy an affordable Baishakh. Just like any national festival, Pahela Baishakh is also about forgetting all the class and religious barriers and celebrate the occasion together. So, let's not politicise Pahela Baishakh and enjoy the day to the fullest!