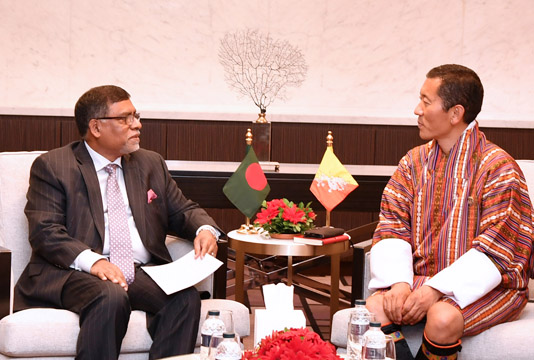 Bhutan has expressed its keen interest to import more pharmaceuticals from Bangladesh as well as taking more expert physicians.

Talking to journalist after the meeting, Zahid Malik said both the countries can work on boosting cooperation in the health sector and side by side cooperation can be made on medical tourism.

Emerging from the meeting, Khalid informed that he emphasised utilising more the land ports and river ports by the Bhutanese businesses to boost connectivity as well as boosting trade and commerce.

“The use of such ports will raise the revenue earnings of Bangladesh,” he added.

Besides, both the Health Minister and the State Minister for Shipping during their meetings with the Bhutanese Prime Minister underscored the need for strengthening the bilateral relations between the two countries.