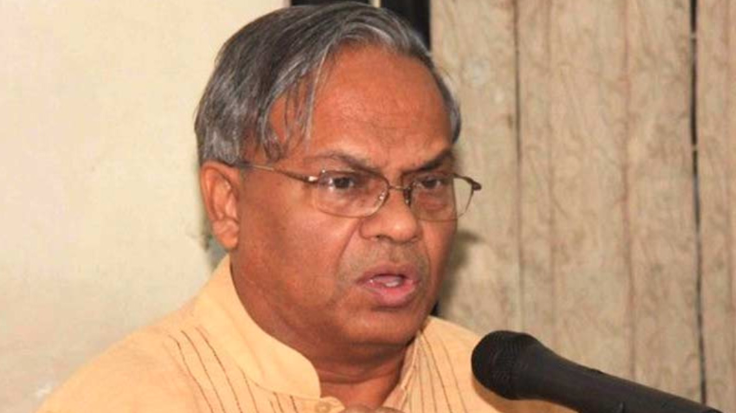 BNP on Saturday alleged that ‘evil efforts’ are on to protect the real killers of Feni madrasa student Nusrat Jahan Rafi.

“Though some killers in the Nusrat murder case have been arrested, people have strong doubt whether the real killers will get arrested. They have also doubt whether investigation into the case is lost in darkness like that of Tanu and Sagar-Runi cases,” said BNP senior joint secretary general Ruhul Kabir Rizvi.

Speaking at a press conference at BNP’s Nayapaltan central office, he further said, “Media reports have manifested that evil efforts are on to save the killers of Nusrat as they belong to the ruling party.”

Rizvi also alleged that local Chhatra League president Shahadat Hossain Shamim and his cohorts were involved in the Nusrat murder. “But police still couldn’t arrest Shamim and many others. How will police arrest them when they helped the offenders commit the crime?”

He also said Sonagazi Model Police Station officer-in-charge Moazzem Hossain, who was recently withdrawn, harassed Nusrat as she went to him for lodging a complaint against madrasa principal Sirajuddoula.

“The OC harassed the girl in his room in the name of knowing the incident from her. There were no lawyer and female police member in his room while a video was taken when the girl was continuously crying,” he said.

As the videos went viral, Rizvi alleged that the government withdrew the OC without taking any legal action against him.

He also said the miscreants could not have killed Nusrat by setting fire had the OC taken proper action against the criminals as per her complaints.

Nusrat, a student of Sonagazi Islamia Senior Fazil Madrasa in Sonagazir upazila of Feni, was set ablaze on April 6 allegedly for refusing to withdraw a case filed against principal Sirajuddoula of the madrasa for sexually harassing her last month.

After fighting for her life for five days, the madrasa girl died at Dhaka Medical College Hospital on Wednesday night.