The risks of getting a tattoo 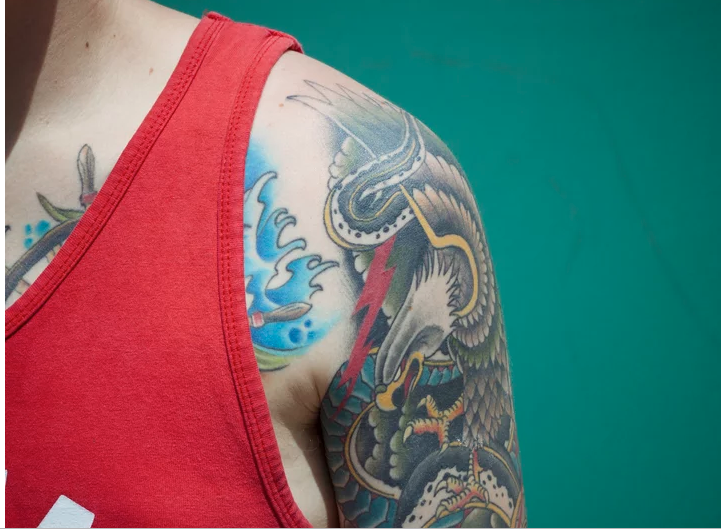 Nearly three in 10 Americans have a tattoo, yet ink is still somewhat stigmatized. Many job seekers and office workers hide their body art rather than risk disapproval from higher-ups.

Research also finds that tattoo stigma is widespread. A recent study, published in the journal Stigma and Health, found that when hypothetical patients with HIV or lung cancer had tattoos, others were more likely to blame them for their high health care costs compared to tattoo-free folks with the same illnesses. The study provides “initial evidence that tattooed individuals face health disparities,” the study authors write.

You can have a bad reaction to tattoo ink

It’s normal to experience some swelling, redness and soreness after getting a tattoo, according to the American Academy of Dermatology (AAD), and most people won’t notice any health issues beyond these relatively harmless symptoms. Some people, however, develop infections or allergic reactions in the days, months or even years after getting a tattoo, the AAD says. Watch for symptoms that can suggest a larger problem, including worsening pain; a rash, blisters or bumps on the skin; fever; chills; and pus or fluid coming from the tattoo.

While dirty equipment or unsafe tattooing practices are sometimes to blame for complications, tainted tattoo ink can also be the culprit. Tattoo inks are largely unregulated in the U.S. Since they’re considered cosmetics, the Food and Drug Administration only steps in when something goes wrong — so it’s hard to tell in advance what’s in them and how safe they are. Over the years, inks tainted by bacteria have been blamed for many health ills, including skin reactions and blood-borne diseases. Between 2004 and 2016, the FDA received reports of 363 adverse events associated with tattoos.

Tattoos have been linked to cancer, but not definitively

There’s not enough evidence to make any claims about tattoos causing cancer, but doctors have noted a small number of melanoma skin cancers that appear in tattoos. One 2018 research review found 30 such cases, though it could not prove whether the tattoos actually caused cancer or just happened to overlap with the diseased area. A 2015 case study also detailed the story of a man who was diagnosed with melanoma only in areas of his chest tattoo that were done in red ink. That pattern suggested that his tattoo artist may have struck existing cancer with the red ink needle, then spread it to other parts of his skin while completing the design.

A small 2017 study also found that titanium dioxide particles from tattoo ink can spread to and accumulate in the lymph nodes. While the study did not make any conclusions about how this accumulation could affect health in the long-term, the research sparked concerns that tattoo ink could be associated with cancer, since titanium dioxide has been classified as a possible carcinogen. Experts have said that ink in the lymph nodes could also make it more difficult to accurately diagnose disease, since it can mimic the look of metastatic cancer spreading through the lymph nodes.

But overall, more research is needed.

A few complications have been documented

While extremely rare, some people have encountered unusual — and severe — health problems after getting tattooed. In 2017, a model nearly lost her eye after developing a serious infection from having ink injected into the white of her eye to change its color — a risky and uncommon procedure. The next year, doctors in Scotland said a woman’s large leg tattoo may have been to blame for inflammation and debilitating pain in the limb. And plenty of people have had allergic reactions severe enough to require tattoo removal or other treatments, according to research from 2017.

These scary situations are rare, and most people who get tattoos won’t encounter health problems stemming from the procedure. Nonetheless, it’s worth keeping the potential risks in mind before you get inked.