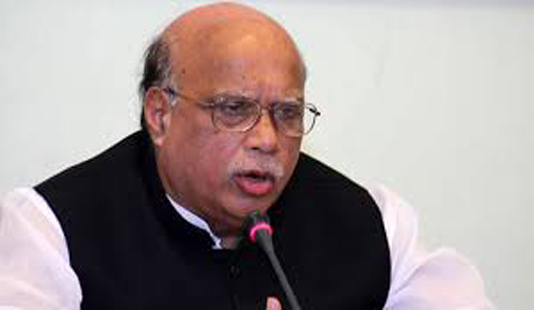 Central 14-patry alliance spokesperson and Awami League (AL) Presidium Member Mohammed Nasim Saturday called upon the BNP leaders who are elected to parliament for taking oath and joining the house.

“BNP will lose the last chance if they do not come to parliament by April 30…. So, I urge those elected from to come to parliament after discussing with their party leaders as the second session of the 11th Jatiya Sangsad (JS) will begin on April 24,” he said.

Nasim made this call while addressing a discussion meeting organized by Bangabandhu Sangskritik Jote (BSJ) at the Dhaka city unit AL’s temporary office in city’s Bangabandhu Avenue area on the occasion of the historic Mujib Nagar Day to be celebrated on April 17.

Nasim said BNP leaders should join parliament to criticise the mistakes of the government instead of holding press conferences and telling lies over some baseless issues sitting at the party office.

Regarding to the Mujib Nagar Day, he said the significance of the day should be highlighted so that the new generation can know the authentic history of the country.