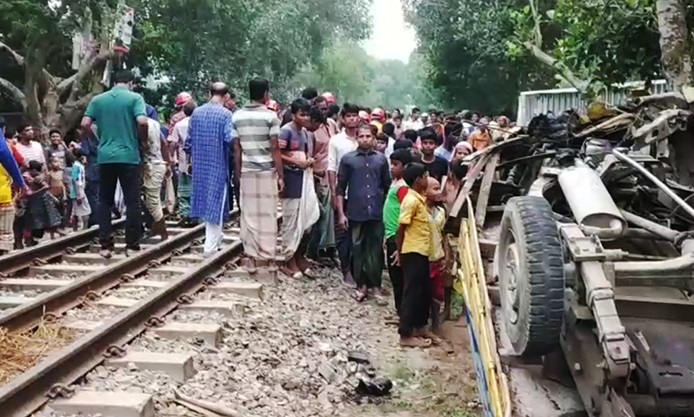 Three people were killed and three injured as an express train rammed into a three-wheeler, locally known as Votvoti, at Coilgati area in Kamarkhanda upazila of Sirajganj on Saturday noon.

The accident took place around 1:30 pm.

Ullapara Fire Service Station officer Nazir Hossain confirming the matter said the Dhaka-bound Maitree Express from Kolkata crashed into the Votvoti while it was crossing over rail-line, killing its driver instantly.

More five people were also injured in the accident. Locals sent them to the Kamarkhanda Upazila Health Complex where two others were also died.

The deceased driver of the three wheeler was identified as Surjo Miah, son of Rahom Ali of Barokura village in Kamarkhanda. The other two deceased were passengers of the vehicle. They were cow traders, locals said.