The brave boy Nayeem gets a rent-free room from DMP 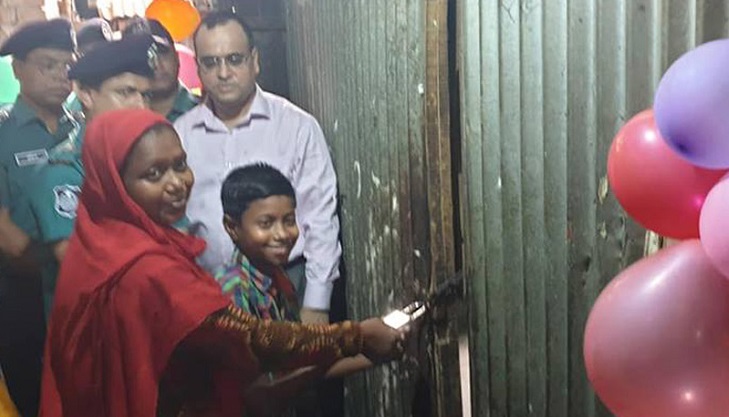 The child Nayeem, who struck the media headlines after his heroic deed during the Banani FR Tower fire on March 28, now got a rent-free room at Karail in the capital from the arrangement of Dhaka Metropolitan Police (DMP).

He wrote in his status, “The little boy Nyeem played a memorable role during the Banani FR Tower fire. On the contrary, his family had no definite place to reside in. Banani Thana of Gulshan Circle managed a room for his family free of rent at Karail today (Saturday). Hope success of Nyeem in every sphere of his life.”

The photo of the boy Nayeem trying to check leakage of water through one of the fire service hose-pipes with polythene sheet, became viral on social media. After that, the child got tremendous focus both in home and abroad and an expatriate Bangladeshi announced 5,000 US dollars reward for him.