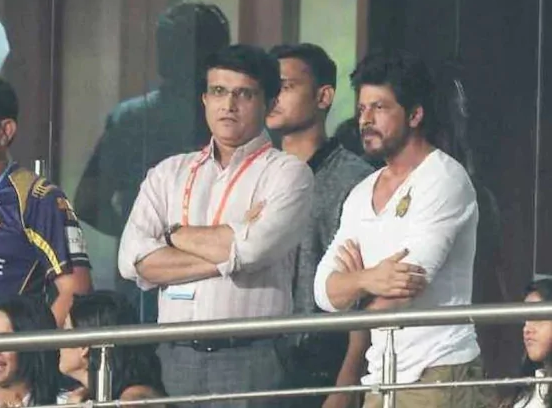 Kolkata Knight Riders were well beaten by Delhi Capitals in an IPL 2019 encounter at the Eden Gardens on Friday night. Sourav Ganguly, who in the past has held various roles with the Kolkata franchise including being the captain, sat in the Delhi Capitals dugout and masterminded KKR's downfall.

However, despite a shift in loyalty for Sourav Ganguly, Kolkata Knight Riders owner Shah Rukh Khan posted a special message for his team's former captain on Twitter, saying that the only positive in KKR's loss was that "our Dada was at Eden on the winning side".

Shah Rukh Khan, though, was saddened by the lack of heart shown by KKR bowlers in the loss.