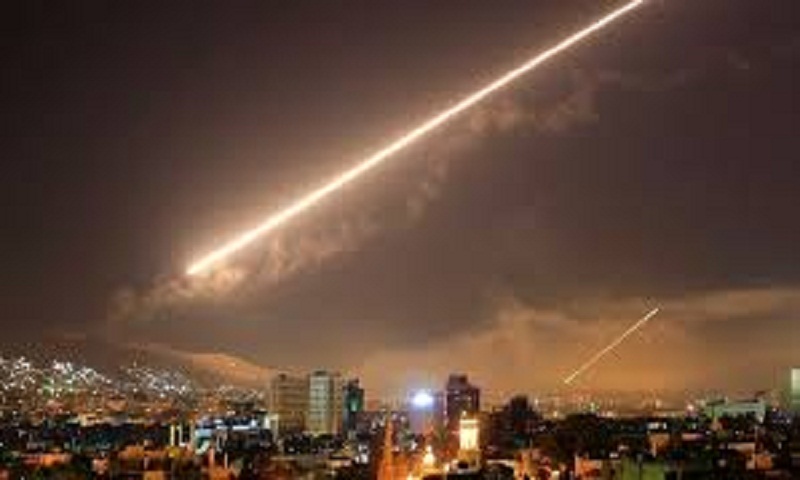 SANA quoted an unnamed military official as saying the airstrike near the town of Masyaf, in Hama province, hit a military academy widely known as the Accounting School. It said Israeli warplanes fired missiles toward Syria from Lebanon's airspace and that Syrian air defenses shot down some of the missiles.

The Britain-based Syrian Observatory for Human Rights said the Israeli airstrikes hit three targets, wounding 17 Syrian soldiers. It said there were also deaths, but it was not immediately clear how many were killed and whether they were Iranians or Iran-sponsored fighters. It said the strikes targeted the Accounting School as well as a missile development center in a village near Masyaf and a nearby military base run by Iran-backed fighters.

Iran is a close ally of Syrian President Bashar Assad and has sent military advisers, as well as thousands of fighters from across the region, to help his forces in the eight-year conflict.

Israel considers Iran its biggest threat and has said it will not tolerate an Iranian military presence on its borders.