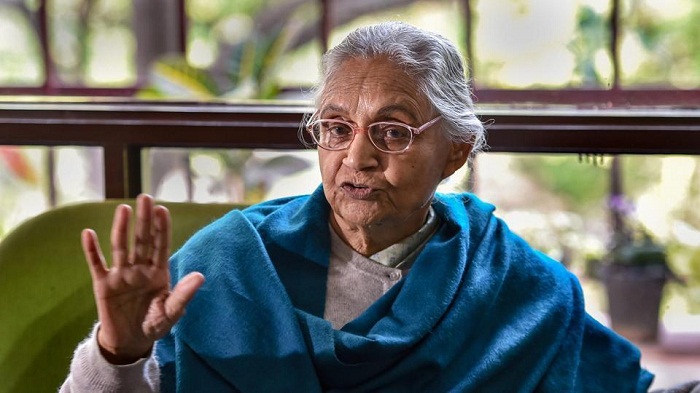 Senior leaders said that Congress president Rahul Gandhi, while discussing the candidate list on Thursday, expressed his desire that Dikshit be the party’s face from East Delhi.

“When Sheilaji was telling Rahulji who she thinks will be the strong contenders from East Delhi, he told her that she was the strongest face that the party had in Delhi and that she should contest the elections from the seat,” a party functionary said.

The leader said that Gandhi even offered to personally campaign for Dikshit if she agreed to contest the elections.

Despite the leadership being keen on her candidature, Dikshit on Friday refused to give any clarity whether or not she would consider the offer. “Once the candidates are finalised it will be announced. Everyone will know who all are contesting,” she said.

Leaders close to the 81-year-old former chief minister, however, said that her age and health were important issues to be considered.

“She is undoubtedly the tallest and most dynamic leader in Delhi Congress but with her age it will be difficult to campaign as strongly as she would have liked. There are talks that her son Sandeep Dikshit, who has been a former MP from the constituency and has a lot of work to his credit, will be pitched,” said a Delhi Congress leader.

Party leaders said that Dikshit has been pressing the candidature of her son Sandeep Dikshit, who has been a two-time MP from East Delhi before Maheish Girri defeated him in 2014. In Thursday’s meeting of the CEC too, Dikshit fielded his candidature.

Before entering Delhi politics, the former chief minister represented the Kannauj parliamentary constituency in Uttar Pradesh between 1984 and 1989. In the 1998 Lok Sabha elections, Dikshit was defeated by BJP’s Lal Bihari Tiwari from East Delhi. In the same year, she went on to become Delhi chief minister, serving for 15 years till 2013.