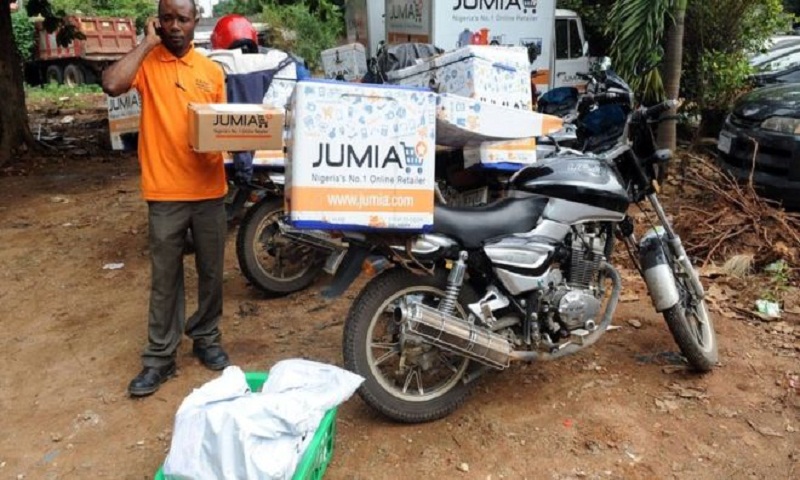 Shares in Africa's largest e-commerce firm have debuted on the New York stock market, which could see other tech start-ups on the continent follow suit.

It is the first tech start-up from Africa to float on Wall Street.

The so-called "Africa's Amazon" has 4 million customers on a continent where just 1% of retail sales are via online.

Jumia was founded in Lagos, Nigeria, by two French entrepreneurs in 2012 and now offers services to most of the African population, in countries such as South Africa, Tanzania, Egypt and Ivory Coast.

The company said on Friday that the flotation on the New York Stock Exchange would raise $196m (£150m) for shareholders and for future investment. Jumia's financial advisers had been pitching the shares to investors at between $13-$16 each.

Jumia operates in 14 countries, including Kenya, Ghana, Algeria, Angola, and Senegal. The website sells everything from electronics to clothes, and there is a hotel and flight booking site, and a takeaway food delivery platform. In Kenya, Jumia has teamed up with French supermarket giant Carrefour to offer online deliveries.

The BBC's Africa Business Editor, Larry Madowo, said that Jumia was not yet profitable and had accumulated losses of nearly $1bn since it was founded.

Although there are technical and infrastructure hurdles to growing Africa's online retail market, he said a big selling point was that Jumia accepted mobile money payments across a continent where few people have credit or debit cards.

However, he said Jumia faced tougher competition. "Its initial public offering coincides with the launch of a competing app from global logistics provider DHL allowing consumers in 11 African countries to buy directly from global retailers.

"The DHL Africa eShop brings together more than 200 American and British retailers and will deliver directly to homes, something Jumia has struggled with."

"It's an important event in the evolution of the African tech scene," he told the BBC last month.