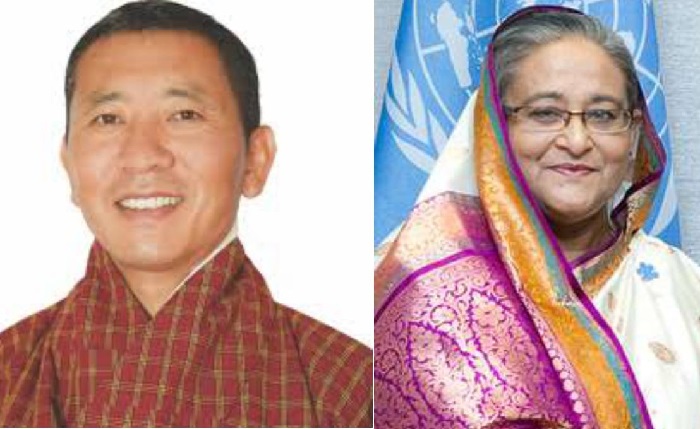 “The talks between the two premiers began around 10:30 am at the Prime Minister’s Office,” a PMO source said.

The talks will be followed by signing of five instruments between the two countries in the presence of the two leaders.

Five memorandum of understanding (MoU) are expected to be inked on strengthening cooperation between the two countries in the areas of health, agriculture, shipping, tourism and public administration training.

Earlier, the two leaders held a tete-a-tete at the same venue.

Prime Minister Sheikh Hasina earlier received the Bhutanese prime minister at the Tiger Gate of the PMO few minutes before 10 am.

Dr Lotay arrived here on Friday morning on a three-day official visit to Bangladesh at the invitation of Prime Minister Sheikh Hasina.