Saifuddin reluctant to think much about injuries 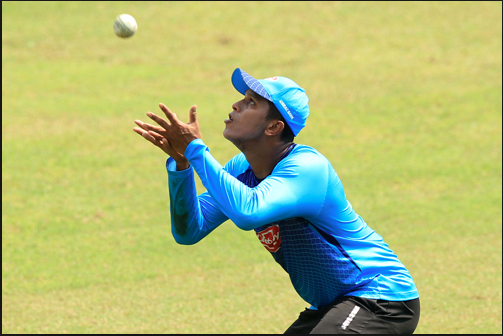 Bangladesh all-rounder Mohammad Saifuddin said he is not bothered about the insignificant injury on his elbow. Earlier, it was reported that Saifuddin has been playing the ongoing season of Dhaka Premier Division Cricket League hiding an injury.

While talking to reporters on Friday, the all-rounder said, “Since the World Cup is not far, I have to keep myself fit for the games. There’s no reason to be worried (about the injury).”

Recently, some media reported that Saifuddin has been suffering from ‘tennis elbow’ for a while now. The reports also said for playing with this injury, Saifuddin could suffer more in the future.

But, Bangladesh Cricket Board (BCB) chief selector Minhazul Abedin told reporters on April 10 that the BCB did not receive any suggestion from the physio of the national team denying Saifuddin to take part in the competitive cricket.

“We saw some media reports saying Saifuddin is playing with injuries. But we don’t have any report on that from the national team physio. So, we have no problem with Saifuddin’s participation in the Dhaka League,” Minhazul had said.

Meanwhile, Saifuddin admitted that he is not cent percent fit and facing physical problem while playing.

“All pace-bowlers are prone to injury. We all know that. We have to play in spite of having it in mind. To be honest, I’m not cent percent fit but I can play. I would tell the team management if I can’t continue playing. As a professional player, I have to play till I’m fit to do that,” Saifuddin also told the reporters.

“During my age-level cricket, the coaches used to tell us that if you think too much about the injuries it’ll ruin your game. So, I always try to play keeping the thinking of injuries at bay,” he concluded.

In the Dhaka League, Saifuddin has so far played eight matches and bagged 12 wickets while scoring 182 with three fifties. The all-rounder has represented the Tigers in 10 ODIs and nine T20 Internationals till the date.