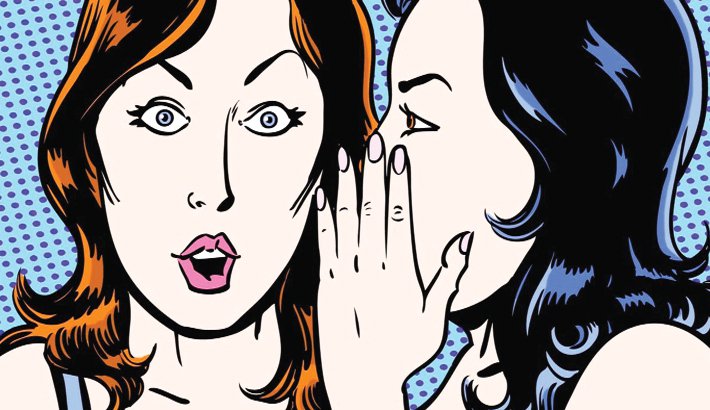 The afore-mentioned "what's-the-secret" questions are frequently and, sometimes, illogically asked by people around us. Whatever you do and don't do, people will ask you the secret reason behind your actions. Gabriel Garcia Marquez said, "All human beings have three lives: public, private and secret". The public life is open to all. It is like an open book written in a very lucid and easily comprehensible language. Everyone can read and interpret it. The private life is also like an open book written in a specific group-oriented language, let's say a particular dialect, which is known to a few private group members only. And the secret life is like an ATM card - debit or credit. The pin code or password of the card is known to the card holder only. It must be kept within the person only. For security concern, the cardholder must not share the secret number with anyone, not even with the closest one. This is why it is called ‘secret’, isn't it? Imagine, everyone knows the pin number of your credit card. Can you sense the insecurity now? However, people are more interested in decoding the secretly coded incidents of one's life. Kazi Nazrul Islam wrote in one of his poems, "joto gopon, toto modhur" (the more secret it is, the sweeter it ought to be). Proving this statement absolutely right, people keep on asking the same question over and over again until they hear something secret in the answer.

Let's start with the most common "secret" question. Nowadays, people have become more figure-conscious and less health-conscious. So they are always up to noticing the physical body shape of others. If someone loses even a little amount of weight, people keep on saying, "Oh, you have slimmed down quite a lot! What's the secret?" Alas, people never admit that secret life is actually something very subjective. One's way of losing weight may not work for another. Still, human beings are enslaved in their own habits. They can't stop their urge to know the secret.

Another common question is, "You look so pretty! You have become fairer. What's the secret?" The problem lies in the ideology of people. We, somewhere in our mind, still admits that white is beautiful. If someone gets fairer, she (generally a lady is considered more beautiful when she becomes more whitish in complexion) will definitely be asked this question. The curious minds want to know the secret, but alas, the same secret doesn't work for everyone. A lady with a dry skin may become fairer by using a particular moisturizer which may not work for a lady with oily skin type. Still, people will keep looking for a secret. Also, the keen interest in knowing the secret of becoming slimmer and fairer unconsciously supports European supremacy.

Now let me write about a very sensitive and emotional kind of thing which is happening very frequently around us. We have a tendency to interfere in other's personal business. When someone doesn't want to get married, people around him/her will keep on asking, "What's the secret? Do you have an affair? Have you had a breakup recently? Why don't you get married?" These questions are meaningless when getting married is nothing but a matter of time and luck. This kind of question reminds me of a Bengali proverb, "jar biye tar khobor nai, paraporshir ghum nai" which implies that the society is interested in one's personal business more than the person himself or herself. Do we really need to have a certain age limit to get married? The hastily taken decision may lead one to a fatal mistake. Therefore, there is actually no secret behind not getting married. It is something that entirely depends on two persons and their family members.

Another very sensitive issue is the "issue" thing which is terribly faced by childless married couples. Our society has a fixed concept that the purpose of marriage is to beget biological children. Sometimes, a couple is not financially or emotionally ready to bear and share the responsibility of a baby. Sometimes, one or both of them may have some physical inability to give birth to a baby. The constant query makes the couple feel embarrassed and also disturbed. To have or not to have a child is the will of the Almighty. We can plan, but we can't proceed if the Almighty doesn't wish. Not only the couple, but also their families have to face and answer such ridiculous questions. In our society, specially in the rural areas, people have a mindset to harass the childless couple by asking them questions on childlessness and even infertility. They look for the most negative secret so that they can give a ten-minute lecture on the importance of having children. So, "what's your secret reason of not having a baby" must be a cheap and exhausting question.

Another embarrassing "what's the secret" question is deliberately asked after a divorce. People act so ridiculously as if the divorce of a couple ruined their goodnight's sleep. Some super-curious relatives, friends and neighbours ask the same question again and again, "What's the secret? Why have you taken a divorce?" Their thirsty, curious soul will never be satisfied until you give them a censored and secret reason. Then the secret will never remain a secret. Your secret will visit all the public domains and will keep on making you feel embarrassed. These people, unfortunately, love schadenfreude.

Our moral understanding teaches us to keep the secret of the others. Ironically, we do not practically follow our ideology. We fail to keep others' secret. We get fun while exposing others. A secret should remain a secret. A secret is something personal. And it is sometimes a conjugal secret. But a secret is never a public thing to gossip about. Men share the secret of their sexual lives with their friends. They get a kind of vulgar pleasure to talk about their intimate moments. Women share their secret conjugal conversation with their mates. Couple must remain faithful to each other when it is about guarding their conjugal secrets. I remember, in a talk show, the famous professor and psychoanalyst Dr. Salimullah Khan shared an interesting information about human mind. According to his information, more than 80% men think of other women while spending intimate times with their wives. It means 80% men sleep with other women in their imagination while sleeping with their wives in bed. It's a serious secret matter, isn't it? If men start exposing their unconscious minds in front of their lovely wives, just imagine, what will happen to their marital relationships?

To conclude, I just want to say - dear good people, human mind is a terribly deep thing that you can never imagine. So, please stop asking such questions. Keep your secret to yourself and do not ask others to expose theirs. Be kind to all so that no one faces such embarrassment because of your excessive curiosity. So, live and let live.

(The writer is a Lecturer in the Department of English Language and Literature, Premier University Chittagong.)