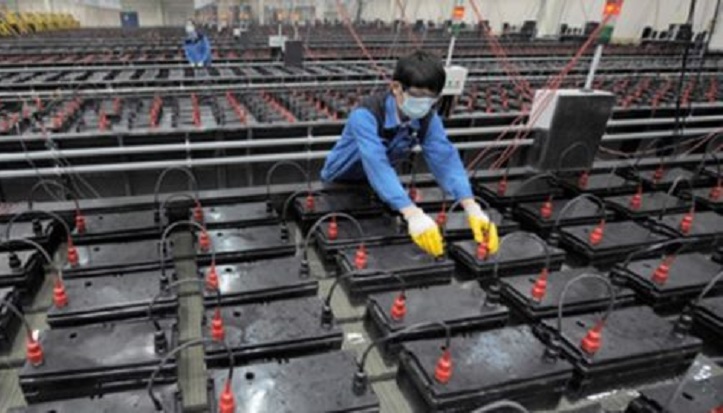 The battery manufacturers of the country have set a target to raise their annual export to $250 million over the next five years from the current amount of $57 million.

The target was communicated to the government by Accumulator Battery Manufacturers and Exporters' Association of Bangladesh (ABMEAB) while placing their national budget-related proposals to the National Board of Revenue (NBR).

ABMEAB officials said they are currently exporting their batteries to over 70 countries across the globe while regular exports are made to 51 countries after meeting the internal demands.

Calling upon the revenue board for keeping the current tax ratio on battery import unchanged, they said the battery industry has been a very potential sector for export-oriented products as it avails of the government's policy support.

Claiming that the battery factories have employed about 100,000 people directly and indirectly across the country, the ABMEAB said they have introduced a new advanced technology --Sealed Maintenance Free (SMF)-in the battery manufacturing which now enjoys the status of light engineering sector.

The SMF battery is now being used by hybrid motor vehicles, said the battery industry operators noting that some 21 battery industries are now producing such products.

"Currently, our value addition is 50 percent. If the industry receives incentives, the rate of value addition would be higher," Munawar Misbah Moin, president of ABMEAB, told UNB.

He said the local battery industry is capable to expand more with creating more jobs if the current structure of taxation remains unchanged.

There is a battery market of Tk 8,000 crore and most of which is supplied by local producers, said an official of a local battery industry.