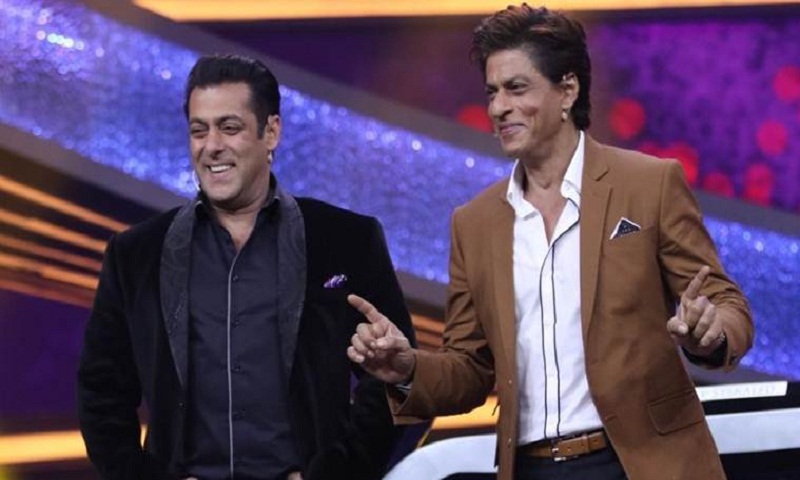 In a recent interview with DNA, Salman Khan was asked about him being the most celebrated Khan among the three Khans. “SRK is a legend, as is Aamir. A bad movie here or there may happen, but they will always come back. Actually, tension toh mera hai. Aamir and SRK know their craft. I’ve heard people saying they’re not so sure about me,” he joked, The Indian Express.

Salman Khan has been busy filming the third instalment of Dabangg franchise and his next with Ali Abbas Zafar, Bharat, is scheduled for Eid release this year. Even after Race 3’s debacle, his fans are excited to see him back on the silver screen and for Salman, this is his sheer luck that people shower him with so much love.

On being prodded, Salman Khan added, “My thing is that I’m surviving on mediocre talent and luck. Actually, I don’t know what I’m surviving on, but I’m surviving. There’s also Akshay Kumar, Hrithik and Ajay Devgn. Then, there are the new boys, Tiger Shroff, Ranveer Singh and Varun Dhawan. Everyone is so good that all of us will also have to be on our toes.”

After Bharat and Dabangg 3, Salman has Sanjay Leela Bhansali’s Inshallah in the pipeline. The director-actor duo is reuniting for a movie after 19 years.

The 53-year-old actor said  “ The audience wants to spend money to see my films on screen, they watch them on satellite television also and they want to see me in my shows. I don’t know yeh kab tak chalega, but jab tak chal raha hai, my idea is to give my best, no matter what problems I go through, physically or mentally.”