Professionalism Is Important in Strengthening Our Diplomatic Efforts 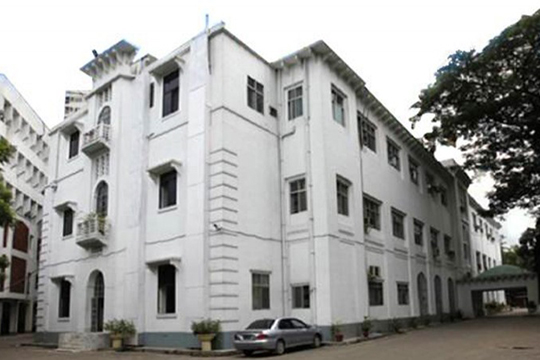 I have already written, in this page, about some of the issues of the Election Manifesto 2018 of the Bangladesh Awami League. This writing, on the ‘Foreign Affairs’ issue, is nothing but a continuation of that initiative. Truly speaking, Bangladesh has been pursuing its international relations on the basis of the principles formulated by the Father of the Nation Bangabandhu Sheikh Mujibur Rahman in 1972. Till today, nothing has been changed in the fundamental principles of his foreign policy. However, sometimes, some people had tried to spread their own thoughts while dealing international relations with particular country or region. In fact, when democracy falls on bad hands, such deviations might happen.

In the Election Manifesto, the achievements and successes of Awami League’s foreign policy have been described in brief. In addition to the bilateral field, the achievements at the international and regional levels were appreciating and commendable. As a result, the image and acceptability of Bangladesh has increased greatly in the world community. It is not only the continuation of success, but there are also promises in the manifesto for taking necessary measures to furthering the way of success.

The objectives and plan, as indicated in the manifesto, are to - (1) play a leading role in peaceful resolution of any international dispute, (2) continue cooperation with India in all the sectors including sharing the waters of Teesta and other common rivers, (3) continue cooperation with India, Bhutan and Nepal for hydropower generation and also for basin-based joint management of all the common rivers, (4) play a leading role in establishing the South Asia taskforce for fighting terrorism and militancy including ‘zero tolerance’ for any terrorist and militant activities inside Bangladesh territory, (5) strengthen further the bilateral relations and friendship with all countries of the world, and (6) strengthen relations and cooperation with the Muslim Ummah, OIC, ASEAN, etc. In addition, the issue of a sustainable solution of the Rohingya crisis has also been raised with special emphasis on its humanitarian concern. However, as part of the on-going implementation of our foreign policy, almost all of those objectives and plan are there because diplomacy is not a biennial or a five-year development plan; it is an ongoing process.

Though the foreign policy works as the base, but the role of proper application of diplomatic tactics is important for strengthening the foreign relations of a country. Foreign relations of Bangladesh are maintained through the diplomatic missions of Bangladesh located abroad as well as the diplomatic missions of various countries and international organisations located in Dhaka. There might be several actors those could contribute significantly to building, widening and strengthening our diplomatic relations, both at bilateral and multilateral levels, with the world community, like the political leaders, professional diplomats, business people, cultural people, internationally known personality, etc. from their respective field. However, this work is largely done by our Foreign Ministry’s professional diplomats.

We know that after taking charge of the government led by Sheikh Hasina, the Awami League has taken commendable steps in strengthening and widening country’s diplomatic networks, especially during the last ten years. The number of our diplomatic missions all over the world was below sixty. It was very difficult, sometimes even impossible, to attain expected results from our diplomatic efforts and activities through such limited number of missions. Besides, millions of our citizens are scattered around the world, who keep the economy of our country rolling by sending remittances. It, again, comes to our diplomatic missions whose responsibility is to look after their welfare and security. Eventually, the Awami League government has realised the fact. And the number of our mission has been increased to seventy five and hopefully, it might be increased in near future.

The present External Affairs Secretary of India Mr. Vijoy Keshov Gokhale and I had worked as our respective country’s High Commissioner in Malaysia at the same time. We had a very cordial relationship. One day, while discussing about the contractual appointments as Ambassadors or High Commissioner in India in accordance with their rules/practices, he simply replied that it is the prerogative of the President of India and he can appoint whatever the number is, but this number remains very limited. At that time, perhaps, it was less than five. In my diplomatic life, I saw that Indian career diplomats, i.e. officials of the Ministry of External Affairs of India, were working in various wings of their missions such as political, economic or commercial, information or cultural, consular, etc., except defence wing. They are also transferred after completion of three years. I cited the example of our neighbour India considering the credibility of Indian diplomacy all over the world.

We have seen that the present government of Bangladesh, under the leadership of our Hon’ble Prime Minister Sheikh Hasina, has been working relentlessly to strengthen, widen and intensify our foreign policy for the interest of our country and people as well as for the whole mankind. This has highly been appreciated by the world community. We also expect that the plan and objectives underlined in the Election Manifesto 2018 of Awami League would not be a difficult job to fulfil. Even, in future, many other issues for the interest of the country might come in front and hopefully, those would also be looked after. In this context, it is to be mentioned that strengthening of Foreign Ministry and our diplomatic missions abroad as well as grooming up the young diplomats is very important to solidify our bilateral relations and role in international field.

To get maximum benefits from our diplomatic efforts, we may like to consider the following few points: (a) Our diplomats should be able to identify issues and to suggest the ways to resolute those. (b) Necessary facilities, including sufficient officials and logistics, should be available at our missions abroad to perform responsibilities properly. (c) Each of our missions abroad is like a mini Bangladesh which is headed by an Ambassador or a High Commissioner. There might be various wings in a mission like various ministries in Bangladesh. Discipline in the mission is very crucial and there should not be any question that the head of a mission will lead the team. In fact, the total responsibility of a mission lies with the head of mission. (d) Professionalism has no alternative that can produce better results. It comes from training and experience. Our Foreign Ministry should organise sufficient training programmes at different levels both at home and abroad. (e) While officials of other ministries or agencies are nominated for posting in various wings of our missions abroad, they should be equipped with necessary diplomatic norms and practices as well as working procedures before leaving Bangladesh. The Foreign Ministry should organise such training/orientation programmes for them. (f) We have to consider our financial constraints and within that, we should make our plan so that the outcome of our efforts never disappoints us. (g) Our Foreign Ministry has a research wing, which should come forward with national/international level publications. Even, it can put forward to the concerned authority its suggestions/recommendations on important issues studied by it. (h) Inter-ministerial meetings in Dhaka could help a lot in well functioning of our missions also. (i) Each mission, especially larger missions, should have weekly meeting, chaired by the head of mission, to discuss all matters including problems faced by them. This could create an environment for better unity and performance. (j) Missions should not only seek Ministry’s instructions or suggestions, but can also send their suggestions to the Ministry for greater benefit.

Diplomacy does not have any limited space to walk. The only thing is to find out the appropriate way to walk and get the expected result. This needs practices and experience, as it does not come in a day or two. That means, the professionalism can only show a person how to work and get the results at hand. Therefore, our thrust should be on professionalism, which could only be produced by strengthening our Foreign Ministry including our missions abroad as per the present day global requirements. It is our expectation that the present government would do whatever we need to strengthen our Foreign Ministry for better outputs from the international field.