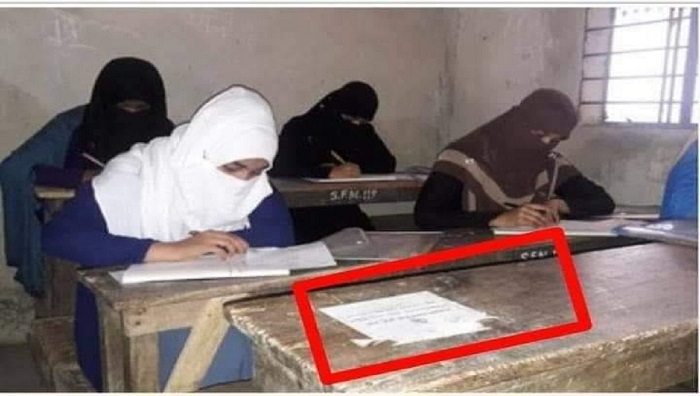 Nurul Afsar Faruque, secretary of the examination centre, said all other examinees turned up for the examination as usual but the seat of Nusrat holding Roll No 149614 in room No-8 remained vacant.

Upazila secondary education officer Nur Amin said, “Like students, we also couldn’t accept Nusrat’s death. We’ve heard that Nusrat’s voice was always against injustice and she was a brilliant student. We’re shocked at her death.”

After fighting for her life for five days, Sonagazi Islamia Senior Fazil madrasa student Nusrat succumbed to her burn injuries at Dhaka Medical College Hospital in the capital on Wednesday night.

Principal Sirajuddoula was arrested and subsequently suspended on March 27 after Nusrat accused him for sexually harassing her.

Students loyal to principal Sirajuddoula supposed to be provoked to carry out such heinous attack on Nusrat and set her on fire.