Prime Minister urges all to stop dumping waste into rivers 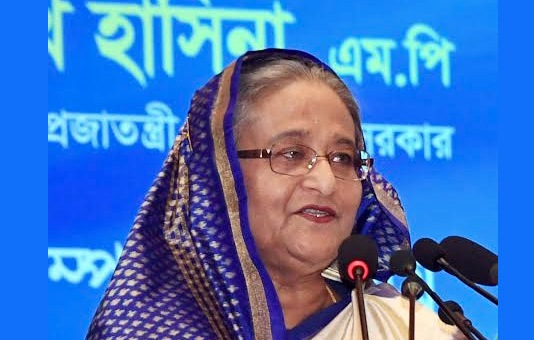 Prime Minister Sheikh Hasina has urged all not to dump waste in the rivers to protect river pollution as part of the efforts to make water as blessing.

“I request all to stop dumping waste in the rivers to protect those from pollution,” she said inaugurating the ‘World Water Day-2019’ programme at Bangabandhu International Conference Centre (BICC) in the capital on Thursday.

The premier asked members of the committee formed for recovering riverbanks from illegal occupation to take effective measures as none can dump waste in the rivers.

She also requested industries not to pollute water, saying, “All mills and factories must have waste management system and water treatment plant to save the rivers from pollution.”

Sheikh Hasina also asked the people not to throw wastes here and there while moving along the roads and rivers.

Referring to severe river pollution particularly in the Buriganga, the premier said, “Nowadays, a bad smell is coming from the river water,” posing a question, “Why such bad smell comes from the river.”

Rivers are asset for us, she mentioned.

Describing waste management as a global issue, she said, “Seas are badly affected due to dumping waste by the ships. Waste has been seen in many seas.”

Two separate video documentaries, one on water management and another on Delta Plan-2100 were screened at the function.

World Water Day is being celebrated every year on March 22 since 1993 in the country as elsewhere in the globe, with a view to bringing attention to importance of freshwater and advocating the sustainable management of freshwater resources.

The theme of this year’s World Water Day is “Leaving No One Behind” which is also the main theme of Sustainable Development Goal (SDG).

The premier highlighted importance of river dredging, strengthening coastal embankments, addressing climate change, maintaining connectivity between the river and floodplain, creating buffer zone along riverbank for the protection of environment and ecosystem.

“We have to take such measures as the normal flow of water remains intact during the lean period, Chaitra to Baishakh, to preserve excessive waters coming from upstream during the rainy season,” she said.

The premier said rivers, canals, haors and baors were natural water reservoirs, which should be maintained for the ecosystem.

She stressed the need for taking effective measures to protect the water reservoirs to ensure adequate water in the lean period.